Barry Bannan believes the 2-0 win over Crewe on Saturday was arguably our best performance of the season.

The captain himself set the ball rolling for Wednesday with a sublime solo goal before Lee Gregory doubled the lead in the second half.

In between the goals was a remarkable piece of goalkeeping as Bailey Peacock-Farrell was yet again the penalty hero, saving Chris Porter’s spot kick and rebound in spectacular fashion just before the break.

In the post-match interview pitchside at the Mornflake Stadium, Bannan said:

“We said after a good point at Portsmouth on Tuesday night that we needed to come and capitalise on it and get three points today.

“Obviously we would have liked to win against Portsmouth but in the end it was a good battling point with ten men at a tough place to go.

“It was important today that we came and took all three points and backed it up and I thought throughout the game we were comfortable and probably was one of our best performances of the season so far.”

On his goal, the skipper continued: “I’ve been lucky to score a few good ones but that was a big goal.

“We knew we needed to get out of the traps quick and we started on the front foot.

“It’s the three points that is most important. I’m happy to score, I want to score more goals and I’ve touched on that this season.

“Every time I can chip in with a goal, that’s good but most important is the three points and the performance and I thought we were brilliant.”

The penalty was awarded to Crewe after the ball struck the arm of Bannan from Scott Robertson’s fierce drive.

Discussing the penalty and Peacock-Farrell’s heroics, the skipper added:

“It’s a hard one, my instant reaction wasn’t ‘I’m in trouble here.’ Normally in those situations, if you have done something wrong you are a bit worried but I wasn’t worried at all.

“It’s difficult, I was close to the player who kicked it and I’ve not seen it back so, if it was a penalty, it’s a penalty - luckily we’ve got a goalie who saves penalties! 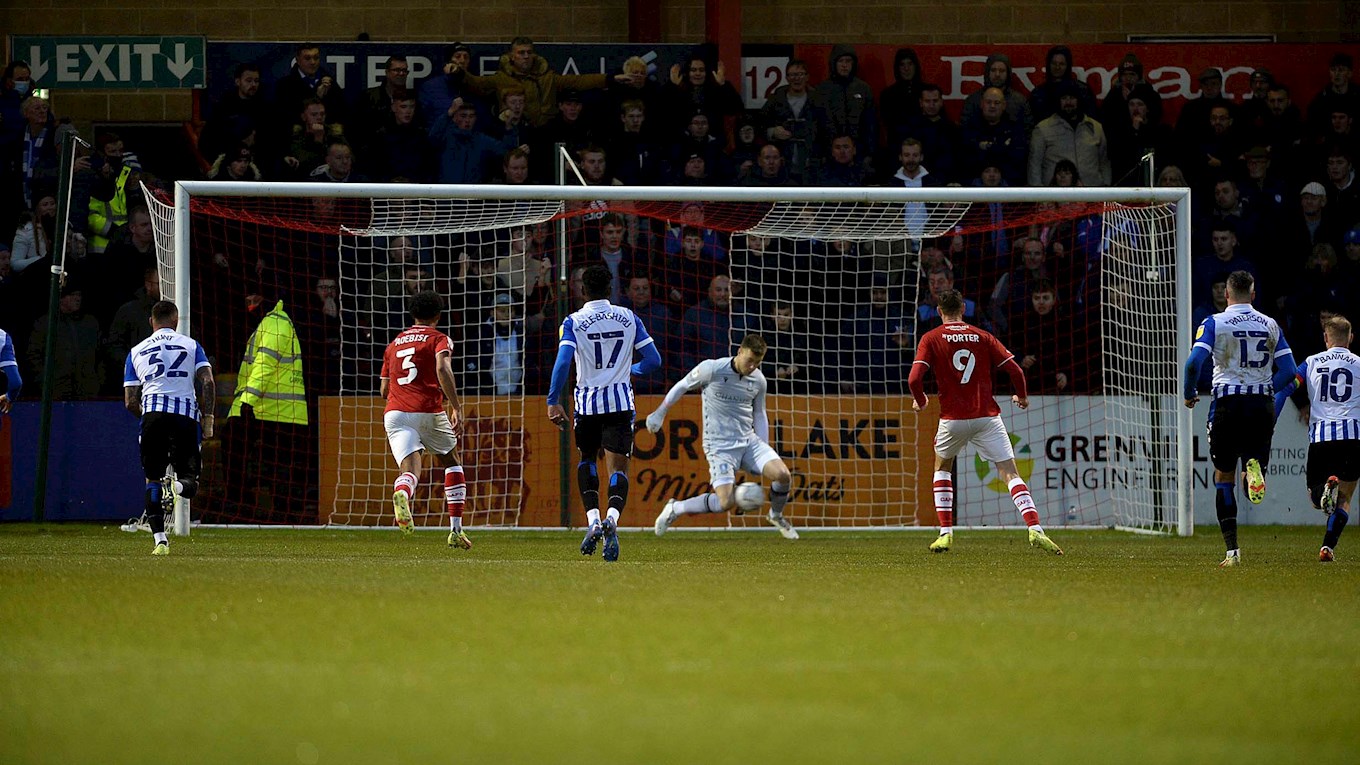 “It was a great save and Bailey has been brilliant, he has shown his character. Man of the Match on Tuesday and when you need him today, he produces a great double save at an important point in the game.

“We want to be number one, we’ve said it all season and I’m still confident, I’ll put my cards on the table, I think we can get promoted.”