Neil Thompson called for his side to be more ruthless at both ends of the pitch following our 3-0 defeat to Brentford in the capital.

Wednesday kept the ball well for large periods but couldn’t muster a way back into the game after going behind at the Brentford Community Stadium.

“The first one has to be cleared. The second, we were down to 10, but you’ve got to deal with it. They were all poor goals to concede. 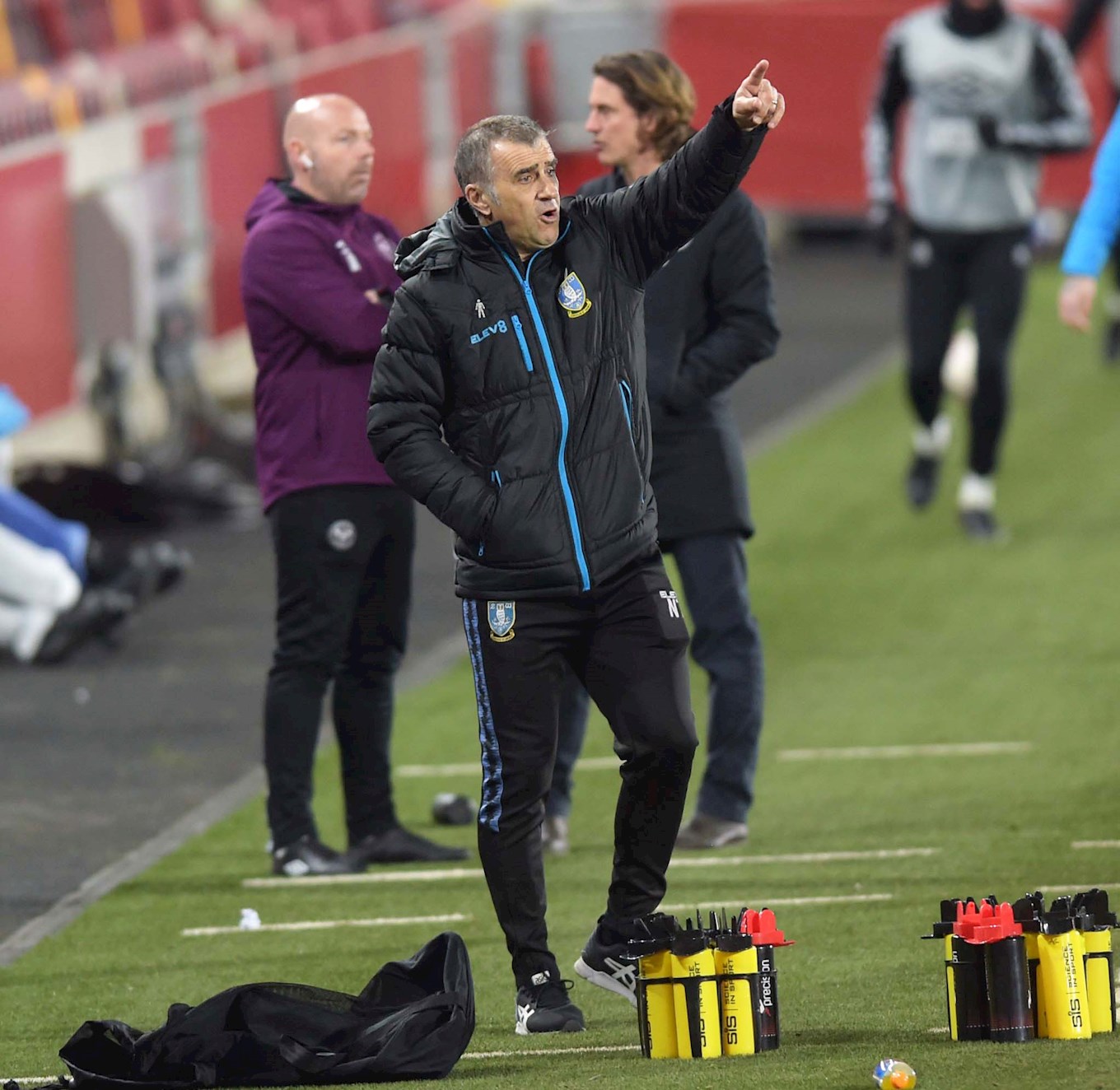 “We didn’t create enough chances, we more than matched them for large periods in terms of having the ball, but it doesn’t matter how you play when you’re in our situation, we need to win games.

“We had the ball but they are a good team, so when you start pressing they are very quick to open you up as a lot of teams have found out this year.

“We have to be more ruthless at both ends of the pitch. We haven’t scored enough goals, we know that.

“There’s a third of the season left so we have to look positively. We’re disappointed but we have to find it from within to lift ourselves and go on a run.”