Ahead of Saturday’s Emirates FA Cup Third Round schedule, details have been released regarding the draws for rounds four and five.

They will be conducted live on BT Sport 1, beginning with the Fourth Round draw at 7:10pm and concluding with the draw for the Fifth Round approximately ten minutes later.

Hosted by Reshmin Chowdhury and conducted by Peter Crouch, the draws will form part of BT Sport 1’s pre-match coverage of the Third Round tie between Stockport and West Ham.

Wednesday head to Exeter on Saturday in round three and the winner of the cup-tie will be represented by ball number 28. 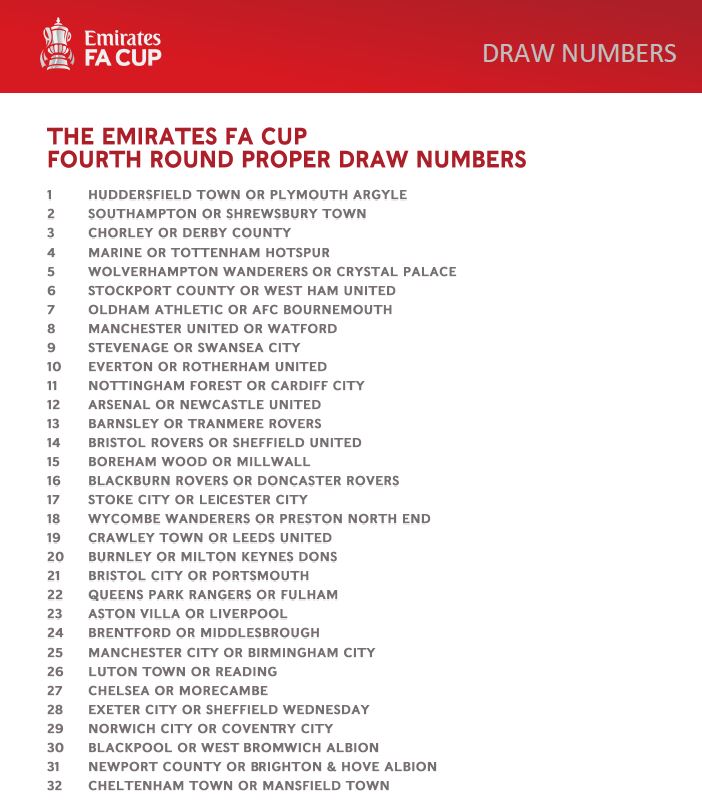 The Fifth Round draw ball numbers will be generated once the Fourth Round has been complete.

The Fourth and Fifth Rounds are due to take place over the weekend of 23 January and Wednesday 10 February respectively.