Jack Marriott says he is delighted to be back up and running in his loan spell with Wednesday.

The striker on loan from Derby has seen his stint at Hillsborough disrupted through injury but is ready to kick on and get back out on the pitch for the second half of the season.

With the training ground now reopen following a COVID-19 outbreak in the camp, Marriott says the last few days of training have been productive as he explained to swfc.co.uk:

“I’m feeling good, really good, I’m getting my sharpness back which is important after a lengthy spell out. I’m back here now and feeling great and enjoying training and being back with the lads. 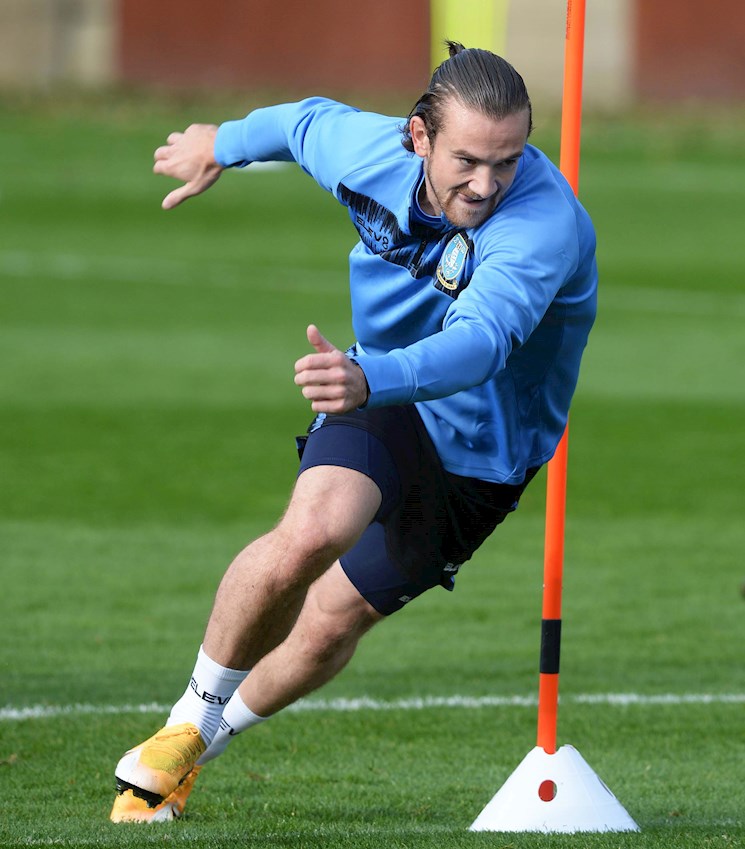 “We had a 60-minute match in training today which felt really good to play, I felt I needed that and the boys got plenty from it. I’m just focused on the second half of the season now and helping the club.

“It wasn’t great for me picking up the injury but as we know, these things happen and it’s then about working hard on your rehab to get back fully fit as soon as possible.

“But there is a great group here and they are fighting, everyone is enjoying Tommo’s training sessions and the lads are upbeat, as you would be after the run of results.

“It’s unfortunate that games have been postponed, the lads are in great form but that’s the world we are living in at the moment and we have to do the best we can in the circumstances.

“Everyone is ok now, back in training, back in the building and it’s good to see their faces again.”

With tonight’s Championship clash against Wycombe suspended, Wednesday’s next outing is the FA Cup clash with Everton at Goodison Park.

Marriott is eligible to feature on Sunday in the cup-tie.

“Any time you face a Premier League side, particularly the calibre of Everton, it’s always a challenge,” Marriott continued. “But it’s one we’re up for.

“We are the underdogs but we’ll be going there looking and doing our best to win.

“The schedule we have now is hectic for sure, and a win in the cup would only add to that.

“But for me, we are footballers and we love football and the best thing is playing games.

“So yes, if we progress to the next round, we’ll have an even more packed fixture list, but a packed schedule is a good thing in my eyes.”