Wednesday and United have cast aside their rivalries on the pitch to pledge their support for The Children’s Hospital Charity’s Bears of Sheffield sculpture trail.

The trail will begin next month, exactly a year later than originally intended, after being postponed due to the COVID-19 pandemic.

Bringing together families and friends, local institutions and businesses, schools, artists and the community, the trail will support the £2.75M fundraising drive to build a new Cancer and Leukaemia ward at Sheffield Children’s Hospital.

Building work to transform the ward began last month and The Children’s Hospital Charity have until November to fully fund the project. The Bears of Sheffield fundraising will be crucial in ensuring that this target is met.

The trail will primarily comprise of 60 big bears, standing at 2.1m tall, and both the Owls and the Blades will be represented with their very own sculptures. It continues both clubs’ longstanding support for Sheffield Children’s Hospital.

Wednesday’s Bear, fittingly named the Owls, was inspired by the club’s iconic logo and blue and white colours. Local artist Ella Osborne was inspired to design a scene which wraps around the bear, featuring owls in a night-time playground.

Owls skipper Barry Bannan said: “Everyone in Sheffield is aware of the incredible work of Sheffield Children’s Hospital and it’s vital for the city that Wednesday and United are tuned into their fundraising activities.

“The Bears of Sheffield idea is inspiring and will hopefully raise thousands and thousands of pounds to help the children in need of the care the hospital provides.

“As a club within the heart of the community, we are proud to support the Bears of Sheffield and wish this fantastic project every success.”

Sheffield United’s Bear, Bearing the Colours, has been designed by artist Chris Ashmore. A lifelong Blade, his design is inspired by memories of football sticker books and covers several of the club’s retro home and away kits.

The fundraising could not come at a more vital time, as the COVID-19 pandemic saw The Children’s Hospital Charity’s fundraising fall by around 35% last year.

The new Cancer and Leukemia ward will have significance for families far beyond Sheffield. It is the Principal Treatment Centre for children with cancer and leukaemia from babies through to 19-year-olds within South Yorkshire, Lincolnshire and North Derbyshire. Patients travel from as far south as Northampton for treatment.

As well as a larger, brighter space, there will be a bigger and better playroom situated in the heart of the ward. It will maximise the view of Weston Park, making patients feel connected to the outside whilst they are getting better.

There will also be improved spaces for parents to stay with their children and it is hoped the new space will be fully funded by charitable donations by November.

Sheffield United’s Club Captain, Billy Sharp, added: “It is vitally important that those businesses in our region that can afford to, continue to support Sheffield Children’s Hospital and the Bears of Sheffield is a great opportunity for Sheffield United to make a donation, whilst at the same time, provide individuals and families with the opportunity to have fun devising their own route to go and view and photograph themselves with the bears. 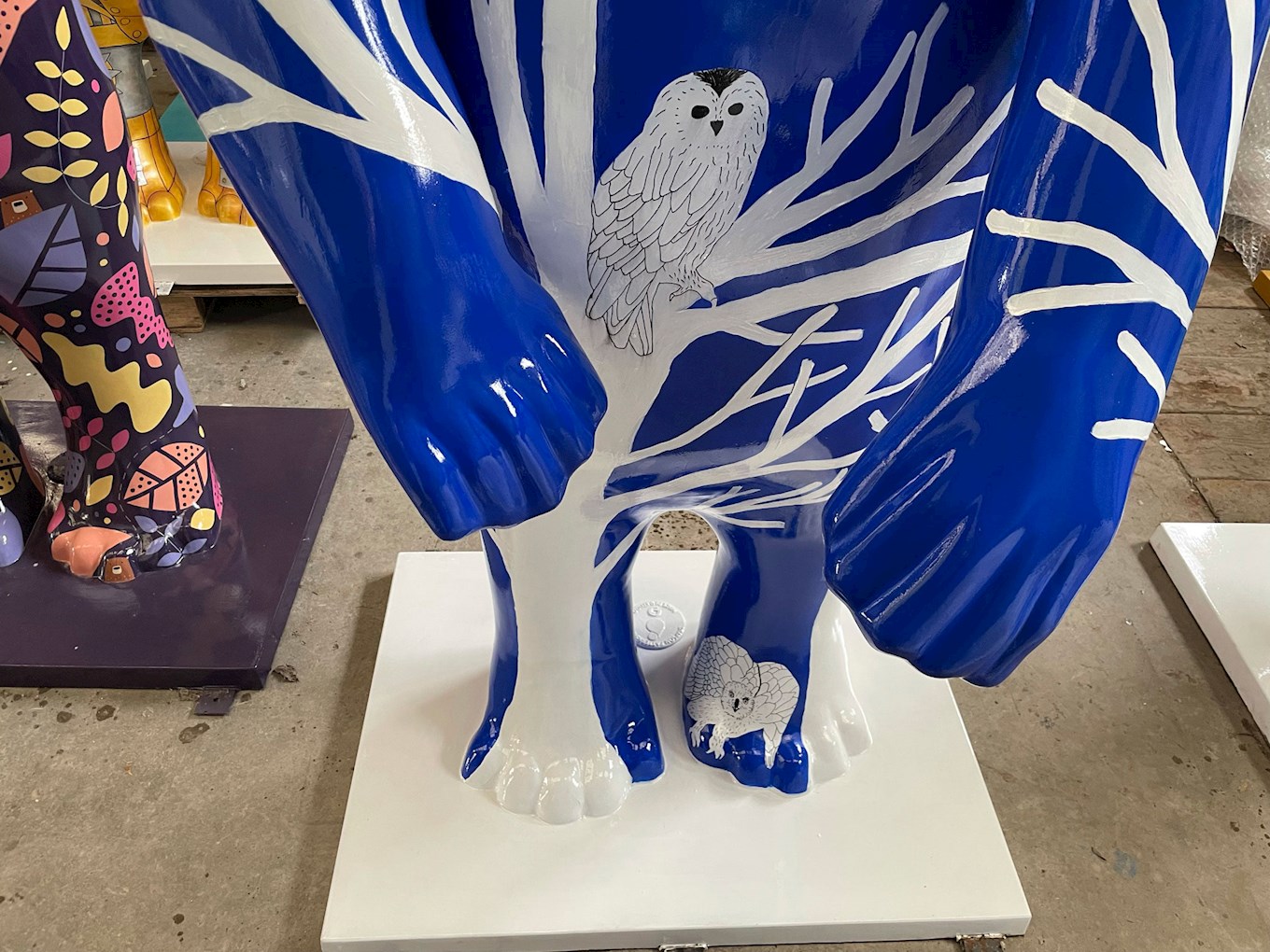 “I know the bear that will prove to be popular amongst all Blades fans, football supporters in general and those who visit our great city.”

After the trail is complete, all 60 Big Bears will be auctioned off at a special event in October to further add to the fundraising total.

“We are incredibly grateful to both Sheffield Wednesday and Sheffield United for continuing their steadfast support for our hospital as we strive to fully fund the new Cancer and Leukaemia ward this year with charitable donations.

“Building work has started in recent days and with less than five weeks until sculpture trail begins, a transformed ward for our young patients feels closer than ever. If you can, please show your support Owls and Blades fans and help make that dream a reality for them.”

To find out more about the Bears of Sheffield, please CLICK HERE.