Ahead of the European Championships, augmented reality statues of four of England’s greatest black footballers, including former Owl Viv Anderson, were unveiled at Wembley.

The figures can be seen via social media app Snapchat, who have partnered with Kick it Out and partners Kugali to create the augmented reality (AR) statues.

In the last 10 years that has started to change, with five statues have being erected that depict black players; Thierry Henry at The Emirates in 2011, Arthur Wharton was unveiled by the FA at St George’s Park in 2014 and most recently a statue of Cyrille Regis, Laurie Cunningham and Brendon Batson - was unveiled in 2019 in West Brom.

Camera company Snapchat, partnered with Kugali and Kick it Out to change that - and celebrate black footballers in England through AR ahead of the Euros.

The statues will appear as a lens on the Snapchat carousel and by scanning a Snapcode, allows Snapchatters to learn about some of the nation’s greatest footballers through digital statues detailing their careers and achievements. 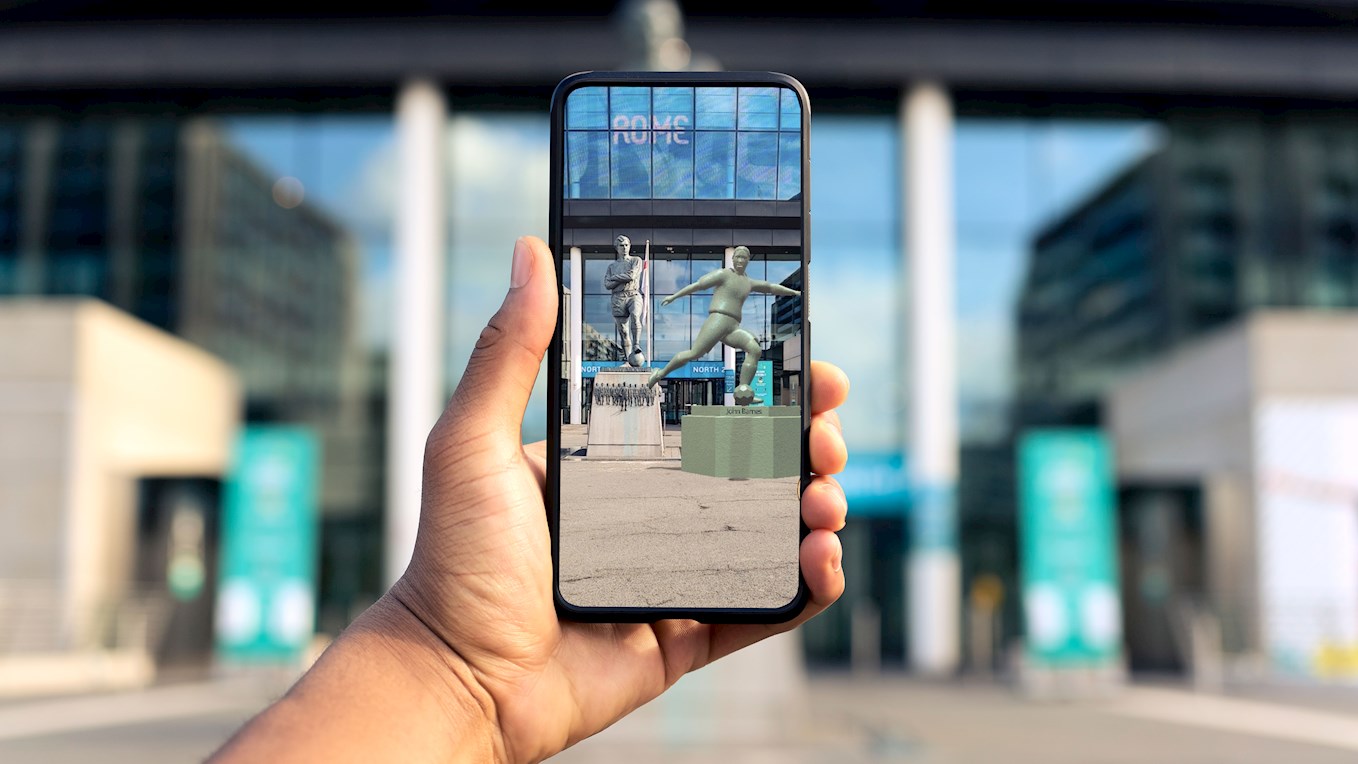 The Lens also links to Kick It Out’s website, detailing the ongoing battle against racism in football.

Troy Townsend, Head of Player Engagement at Kick It Out said: “We’re pleased to be part of this project, which shines a light on brilliant footballing talent, and the contributions they’ve made to the game over the years.

“It is an opportunity to celebrate black icons and share their stories, in a new and innovative way.”

Snapchat’s innovative technology allows users to see some of the most iconic, important and uncelebrated black British footballers in a new dimension, including a celebration pose, in their club and England kit.

Tobi Ruth Adebekun, SnapNoir Europe Lead said: “At Snap, we believe that augmented reality is a powerful format for storytelling and began thinking last year about how we can use our technology and platform to tell stories that are rarely ever told.

“We’re grateful to have partners in Kick It Out who have been at the forefront of making change in football in the UK, and creative partners in Kugali who are dedicated to telling African stories.

“Together, we hope that these lenses educate Snapchatters on black British history and inspire them to seek out different stories and perspectives.”

The lens is freely available now to use on Snapchat.