Freddie Ladapo struck a stoppage time winner to break the hearts of the Owls, who now face an increasingly uphill task to preserve Championship status.

When a Matt Olosunde own goal cancelled out Michael Smith’s opener, the pendulum was back the way of Wednesday – particularly after Smith received a straight red card.

But Rotherham had the final say, leaving the Owls with the proverbial mountain to climb with 13 left to play.

Lining up under new manager Darren Moore for the first time, the hosts were out of the traps with intent and twice went close in the early exchanges.

First Sam Hutchinson brought a fine reflex save from Viktor Johansson, then Callum Paterson’s thumping header was a whisker away at the near post. 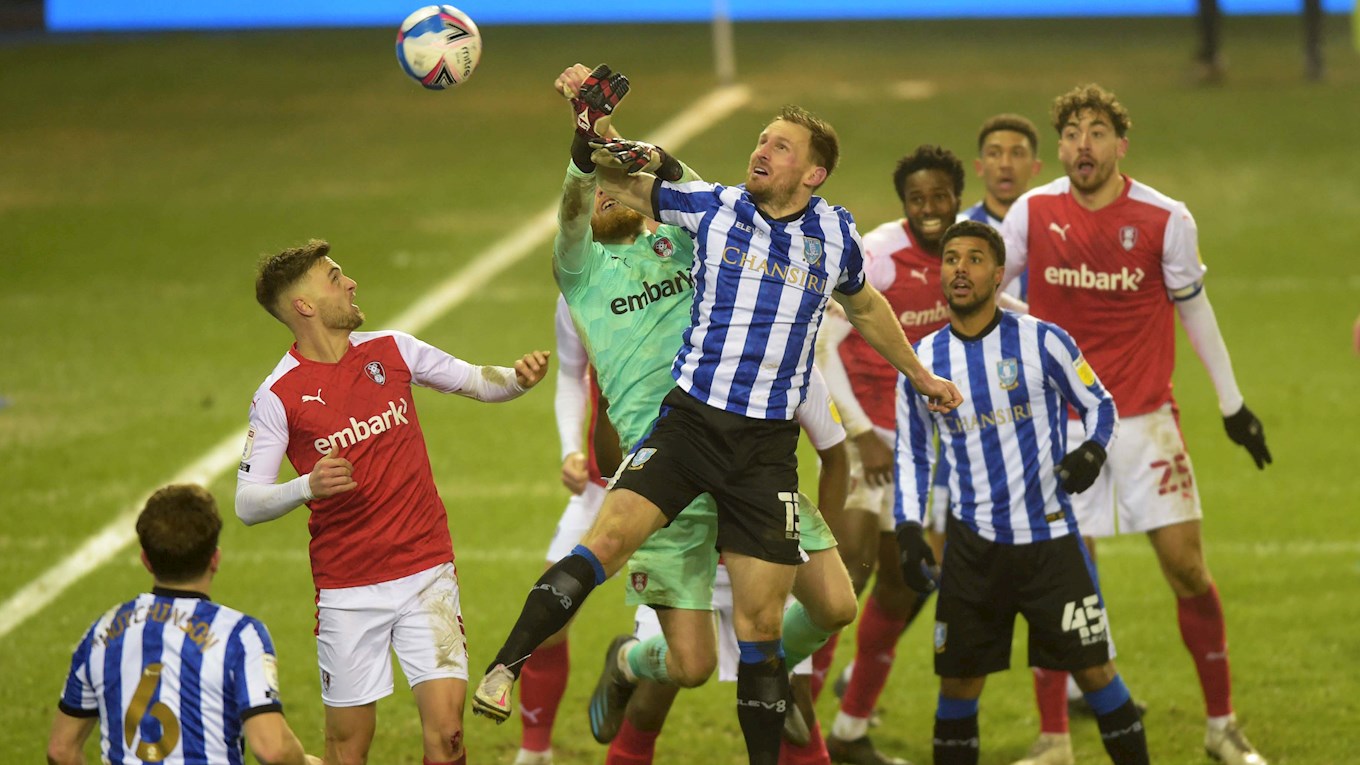 But when your luck is out, it’s out – and the Millers underlined that adage with their first attack that opened the scoring on 17 minutes.

Florian Jozefzoon sent an accurate cross right into the danger area, where Smith climbed high to plant his header past Joe Wildsmith.

Undeterred, Wednesday regrouped and continued to take the game to the visitors. Börner sent Paterson in on goal on the angle but the Scot’s effort was again the wrong side of the upright.

Rotherham grew more into the contest as half time approached and only a lick of paint prevented a two-goal cushion when Lewis Wing crashed a speculative shot against the post. 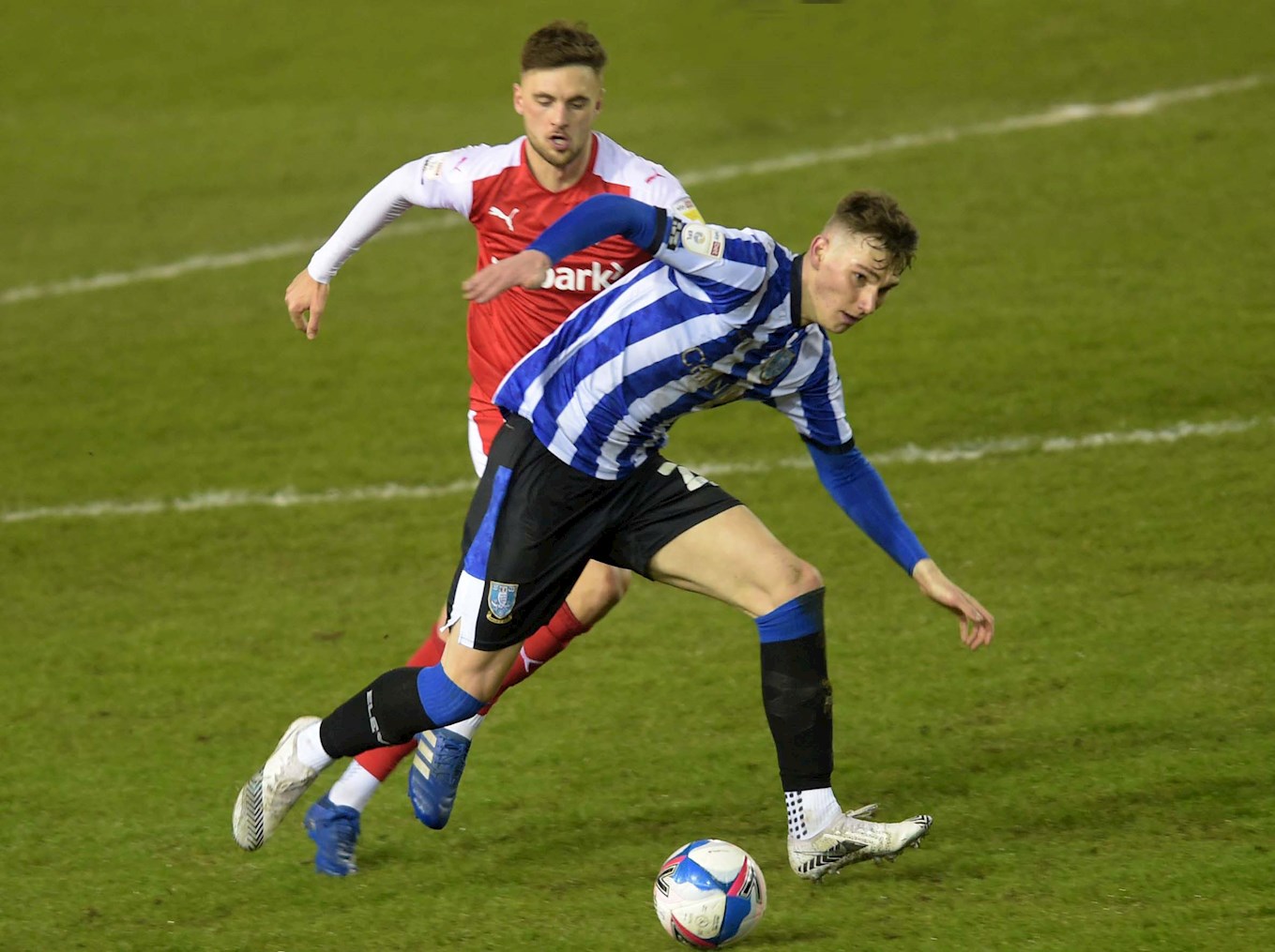 Paterson drilled wide from range immediately after the resumption and Adam Reach fired narrowly over the top.

The Owls had the bit between their teeth and the same duo combined on the hour, alas with the same result.

Rotherham were reduced to 10 men on 67 minutes when Smith tangled with Börner and the odds on the away win climbed.

But back down they came as Wednesday struggled to penetrate, until the 77th minute when a brave Johansson point blank save from Paterson kept the slender lead intact.

Johansson kept Shaw out moments later before Lady Luck shone down on the Owls on 82 minutes. Shaw sent Matt Penney through, Johansson saved, but could only cannon the ball against Olosunde and into the empty net.

Wednesday pressed for the winner and Penney’s cross found Paterson, whose glancing header was inches over the bar.

But the Millers countered from an Owls corner and Ladapo hit a scintillating drive that gave Wildsmith no chance with the last kick of the game.