Ciaran Brennan has pulled out of the Republic of Ireland Under-21 squad for their three upcoming friendlies against Switzerland, Australia and Denmark.

Illness will prevent the Owls defender joining the Ireland 21s for the first time since impressing on the domestic stage. 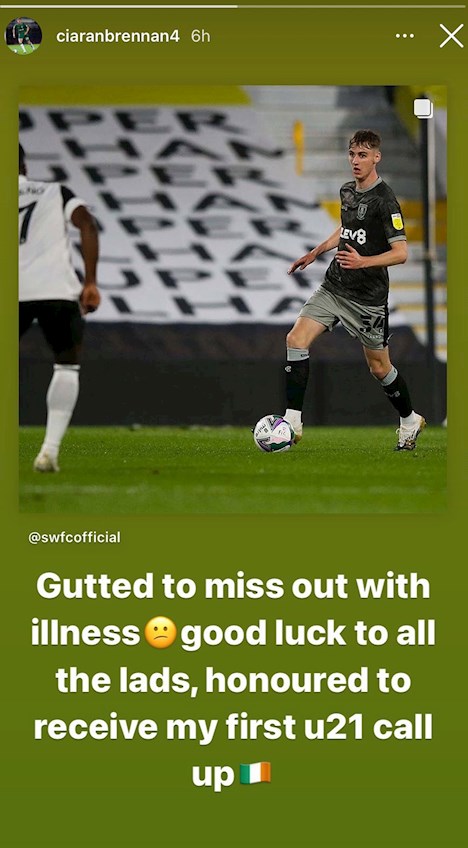 The 21-year-old has already represented Ireland at youth level with the Under-18s and Under-19s and was eagerly anticipating the next step up.

The S6 academy graduate broke into the first team set-up with Wednesday last season, making his debut against Rochdale in the Carabao Cup before posting three further appearances.