It was do or die at Pride Park for both sides and following a dramatic season finale that could have gone either way, it was Wednesday sent tumbling into League One.

A six-goal thriller unfolded in the Midlands with the goals and points shared but with the Owls needing a win, Derby survived to stay in the Championship.

Sam Hutchinson gave the visitors hope on the stroke of half time but a double salvo immediately after the break from Martyn Waghorn and Patrick Roberts put the Rams in charge. 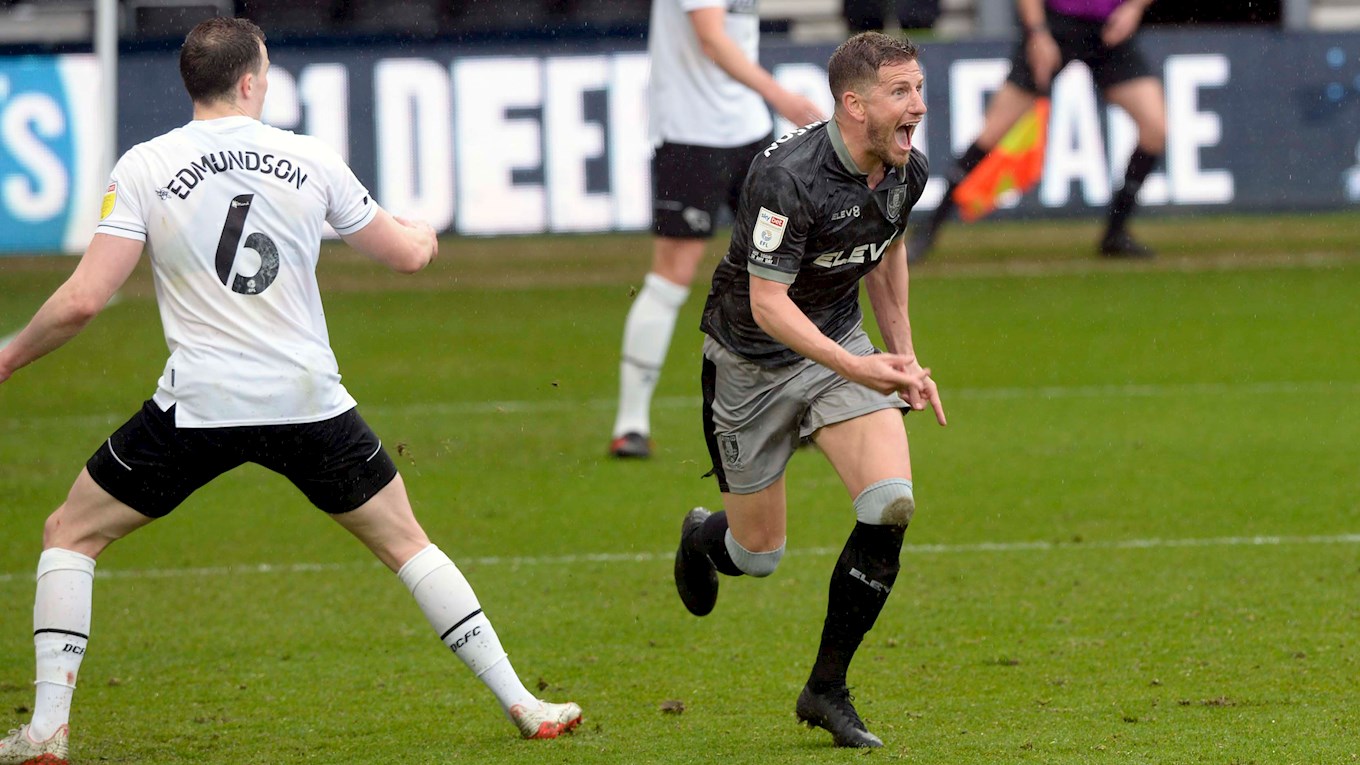 Wednesday, though, responded in style themselves as strikes from Callum Paterson and Julian Börner swung the pendulum back Wednesday’s way.

But Waghorn converted a penalty to conclude a ding-dong encounter that alas ended in relegation for Darren Moore’s men.

The Owls boss was on the touchline and his presence kicked the team on as the early throes were nervy but open considering the stakes. 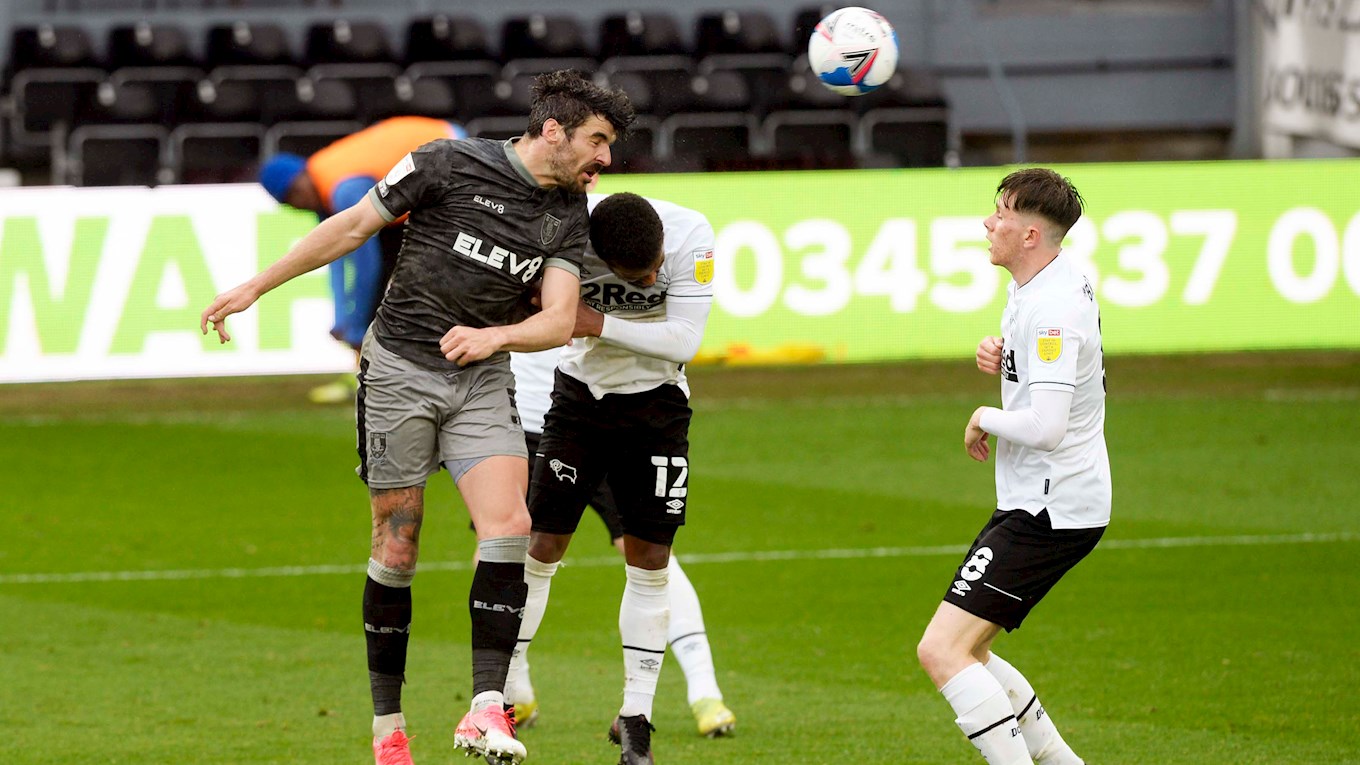 Wednesday broke out first, with Barry Bannan unleashing a fierce drive that whistled past the post on the rise.

The Rams responded with Waghorn going close at the back stick from a set piece before the contest calmed and developed more into what was expected.

Full blooded challenges punctuated play, which unfolded largely in the middle third, and chances came at an absolute premium. 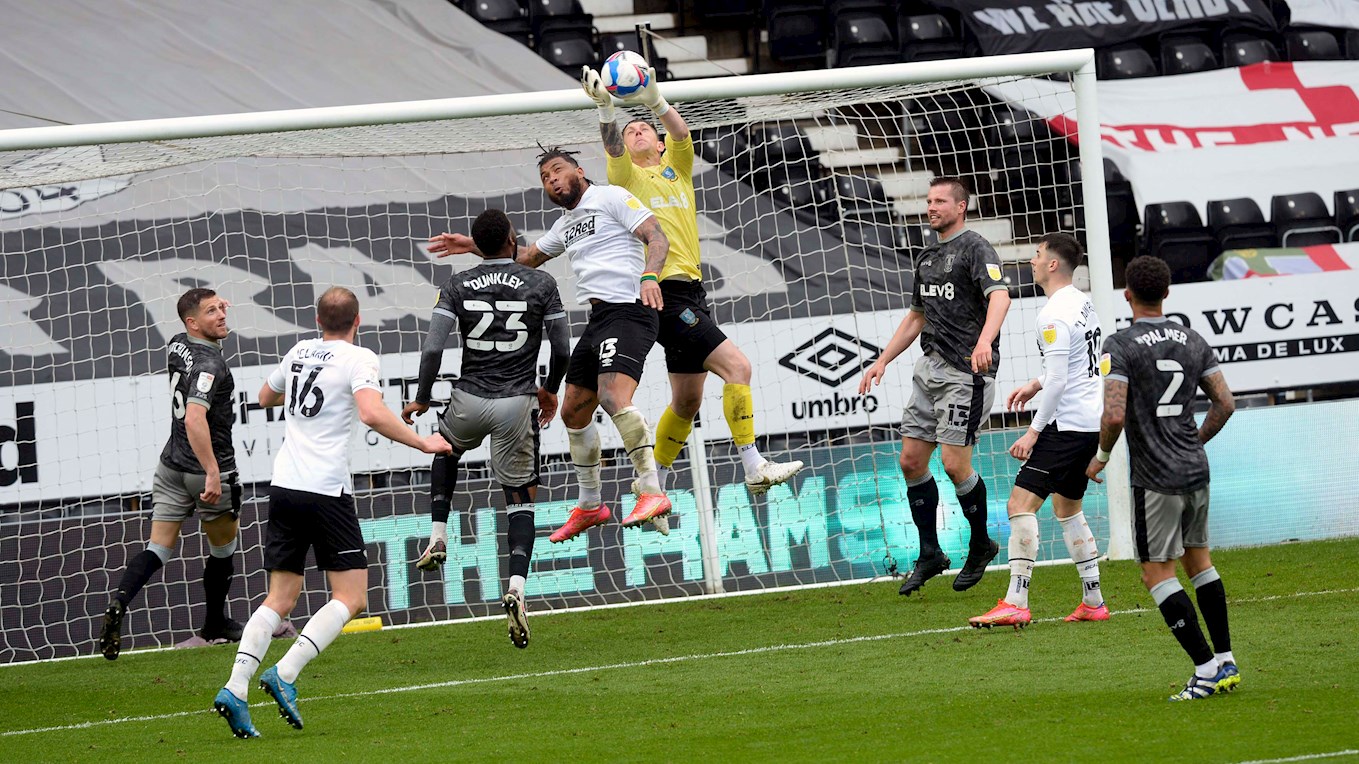 Colin Kazim-Richards did have the ball in the net seven minutes before half time but a raised flag promptly cut short the home side’s celebrations.

At the other end, though, the Owls made the crucial breakthrough right on half time from their first opening.

Paterson launched a long throw into the box flicked on for Jordan Rhodes to head towards goal. Kelle Roos could only parry as far as Hutchinson, who stabbed home from close range. 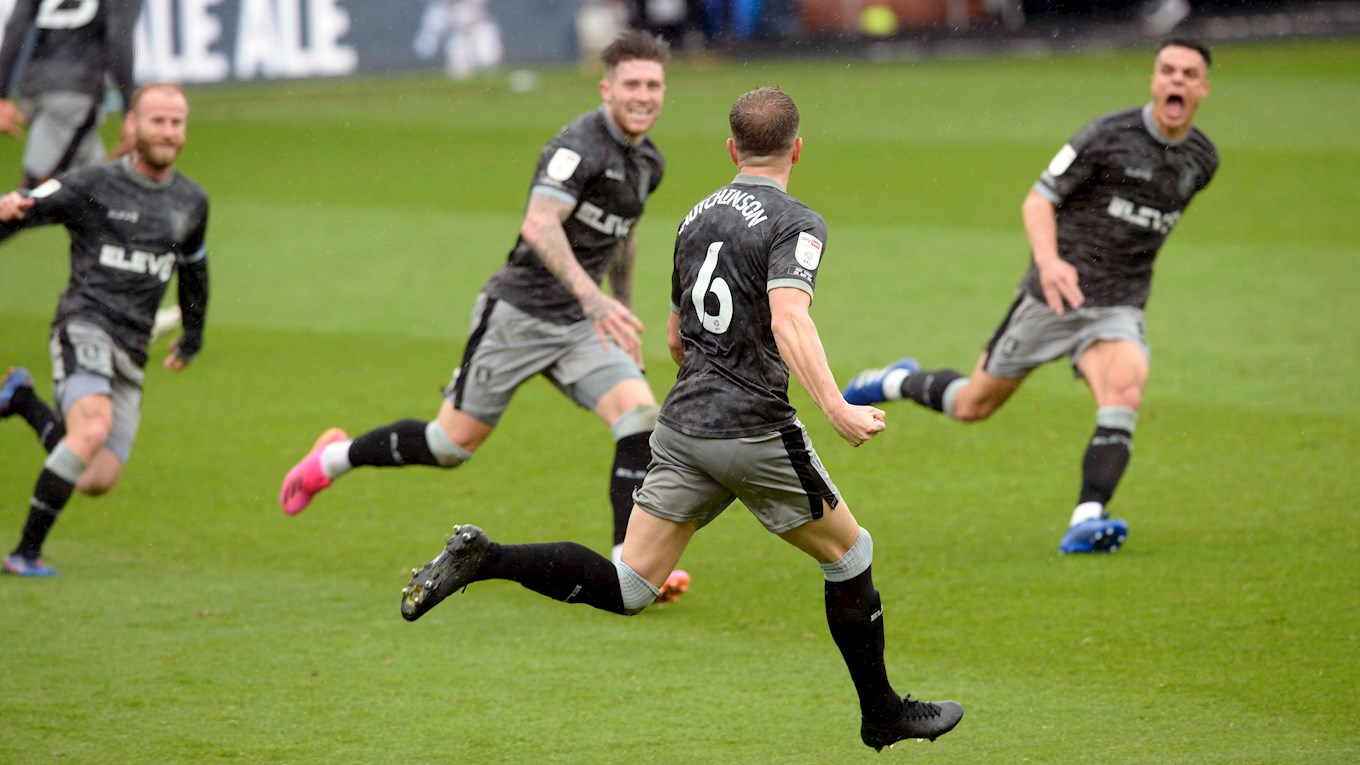 That changed the dynamic for Derby, who needed to avoid defeat at least if they were to steer clear of the trapdoor.

And just seven minutes had passed in the second half before the basement battle was turned on its head.

First, on 48 minutes, the Rams levelled as Tom Lawrence picked out the advancing Waghorn in the danger zone and the striker’s header was firm into the bottom corner. 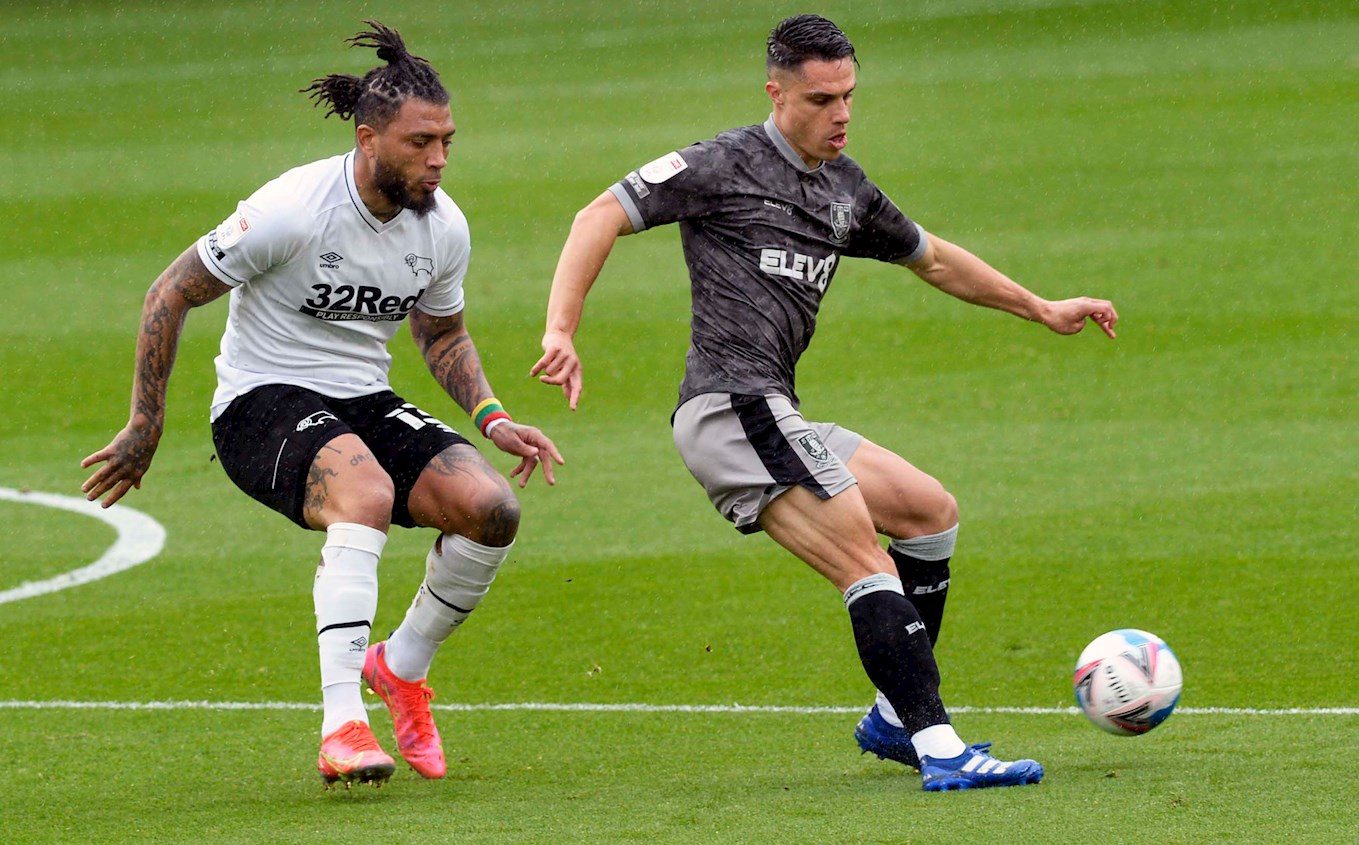 Then, only two minutes later, it was 2-1. Roberts took possession from Waghorn 20 yards out and looked up to curl a delicious shot past the diving Keiren Westwood.

It was a huge boost for Derby but that quickfire double forced Wednesday forward and following a brief bout of pressure, Paterson equalised on 62 minutes.

Adam Reach crossed from the right, Rhodes headed down for Paterson and the Scot finished with some aplomb across Roos and in. 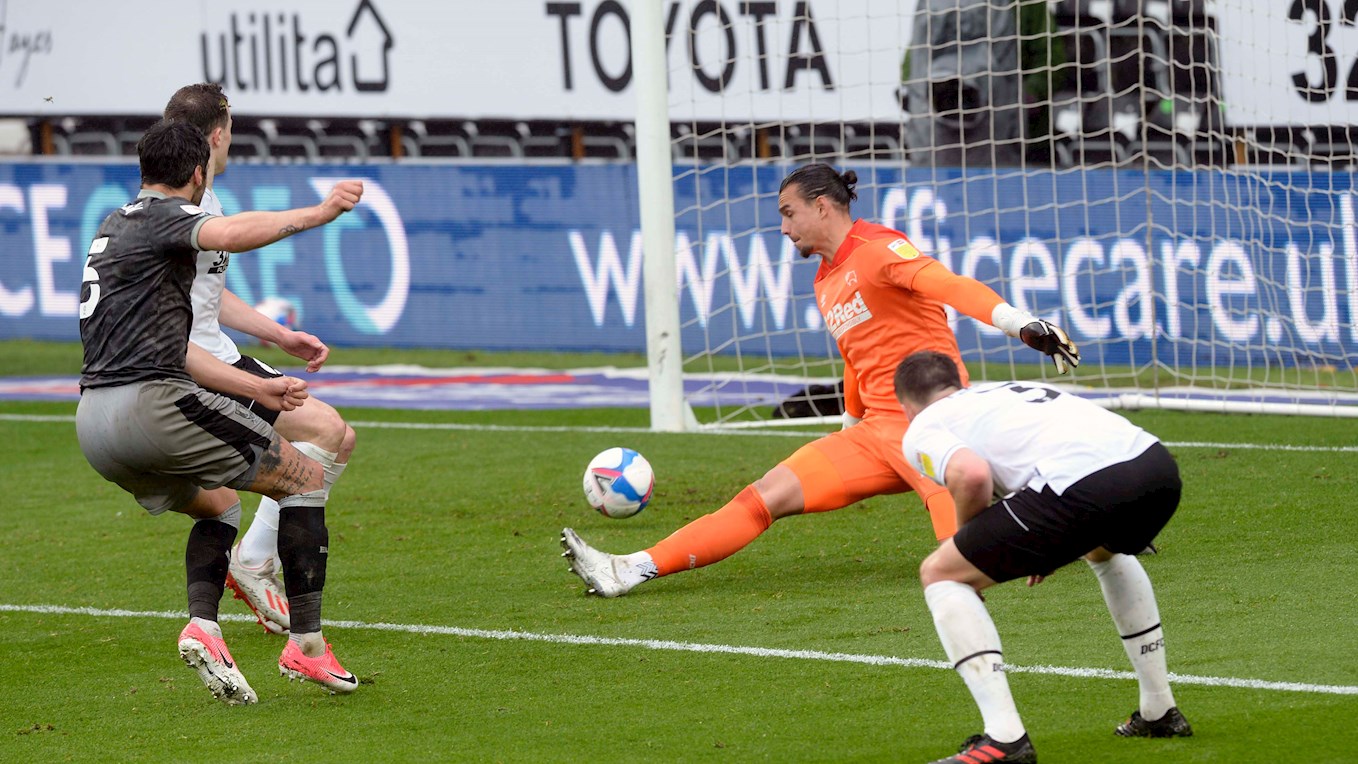 Incredibly, Wednesday were back in front themselves on 69 minutes. Chey Dunkley nodded Bannan’s corner across goal and Börner was in the right place at the right time to head emphatically past Roos.

This time the onus was on Derby and they were rewarded for an offensive burst on 78 minutes. Dunkley tripped substitute Kamil Jozwiak in the area, the referee pointed to the spot and Waghorn did the necessaries from 12 yards.

It was all Wednesday in the closing stages but there was to be no twist in the tail and the third tier beckons for the 2021/22 campaign.