The Owls advanced to the second round of the Papa John’s Trophy in comprehensive style with a 4-0 win over 10-man Harrogate.

Darren Moore shuffled his pack at Hillsborough, making 10 changes from the side that drew with Plymouth in the FA Cup on Sunday.

Saido Berahino was the only constant and it was the former West Brom man who separated the teams at half time. 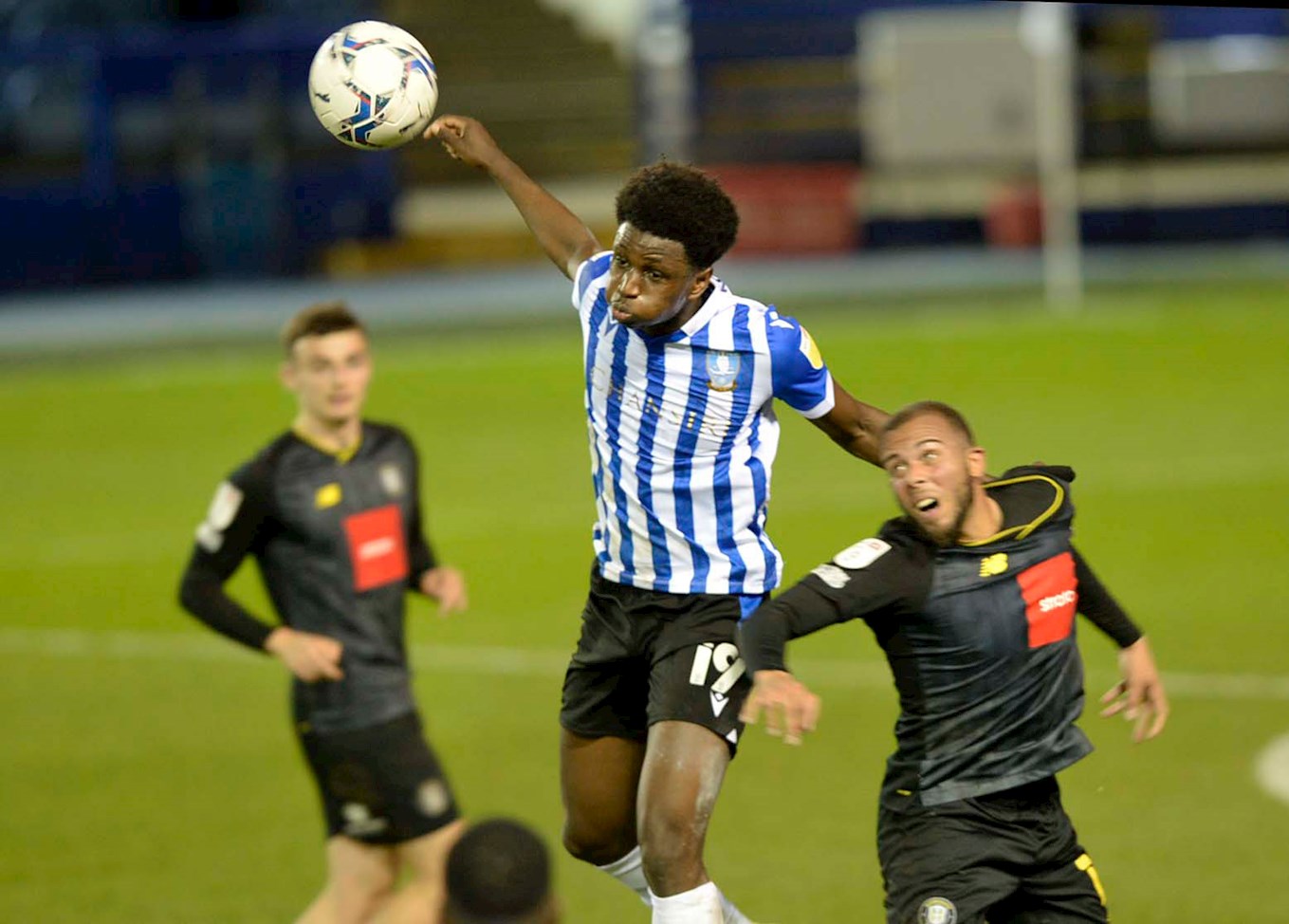 But the floodgates opened after the break as goals from George Byers, Sylla Sow and a Korede Adedoyin penalty ensured home advantage at the next stage as Wednesday topped Group H.

League Two Town will argue the scoreline hardly reflected the cup-tie as Joe Wildsmith was a one-man wall at times.

But the Owls had the edge in the final third and to compound a miserable night in South Yorkshire, Harrogate had Connor Hall sent off for a professional foul. 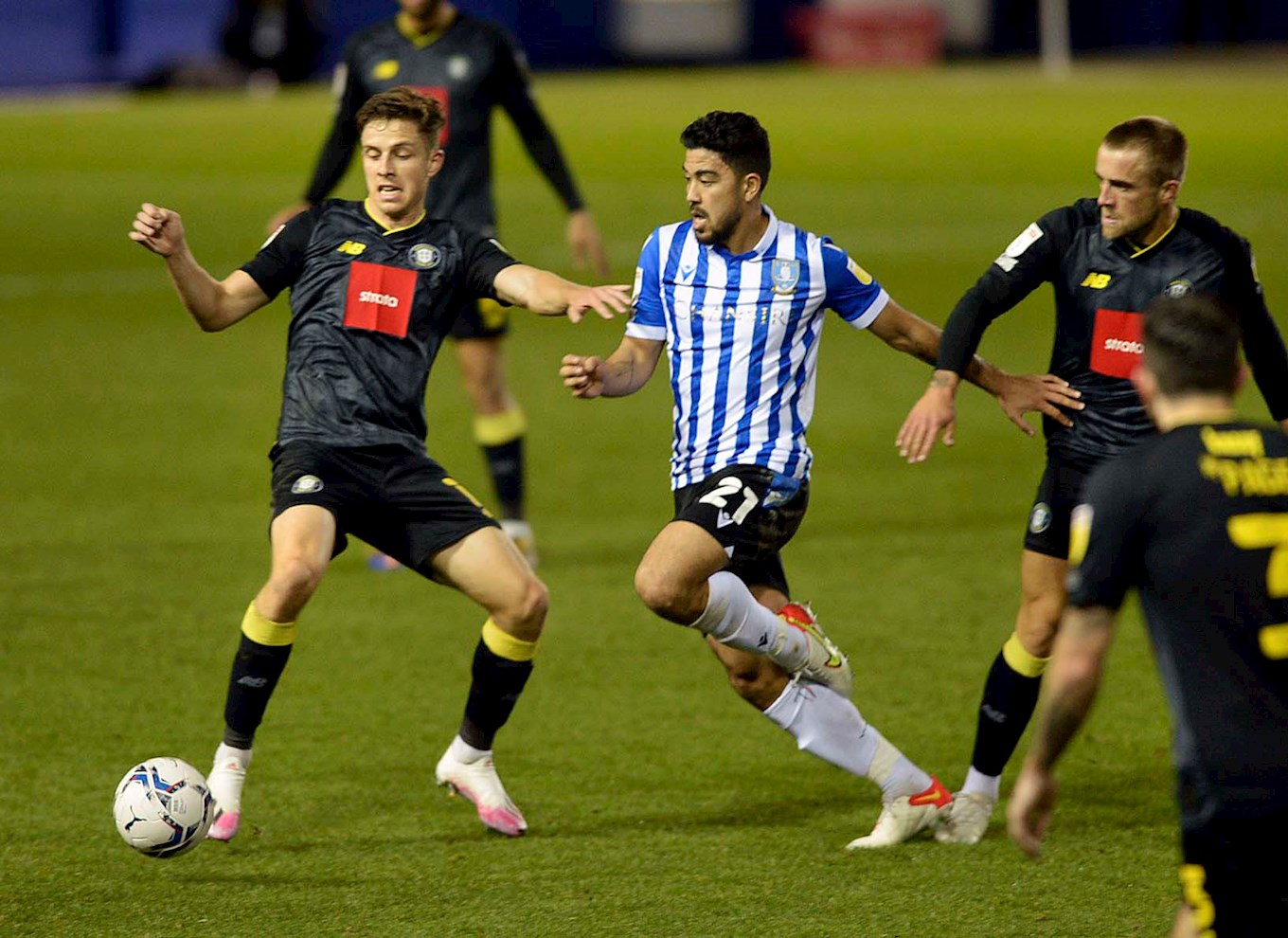 But in the early exchanges, the pendulum was with ex-Owl Simon Weaver’s side. Danilo Orsi broke free down the left of the box but the shot was weak and Wildsmith comfortably smothered.

The next run from Jack Diamond was far more purposeful and this time Wildsmith was down swiftly to parry wide.

Wednesday responded with a quick counter from which the breakthrough almost came when Massimo Luongo smashed low against the post from distance. 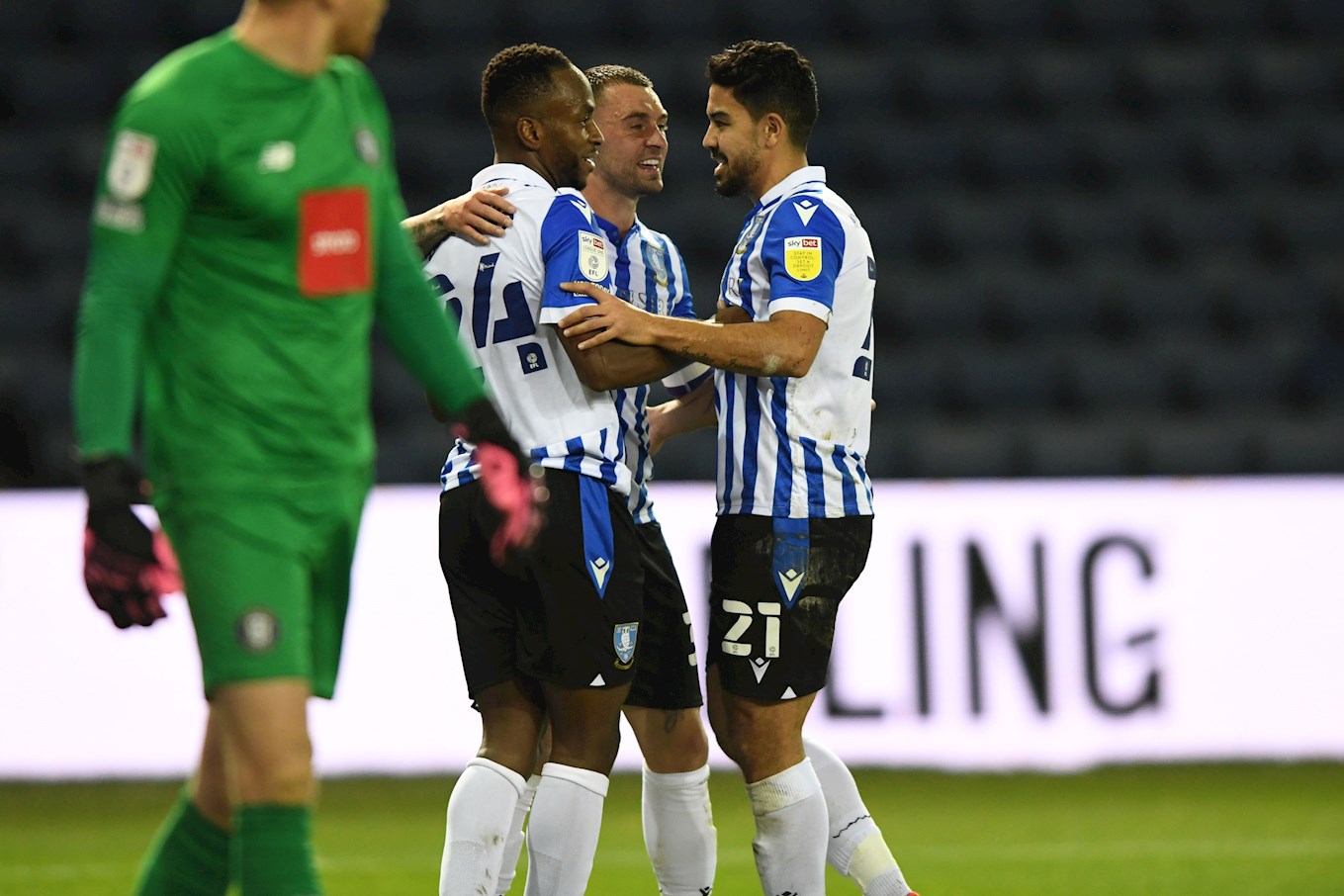 The Owls went one better, though, on 17 minutes and hit the front. Olamade Shodipo charged down the left flank, picked out Jack Hunt at the back post, and the skipper for the night set up Berahino with the simple task of tapping into an empty net.

Just five minutes later, Harrogate would have been level but for an impeccably timed Ciaran Brennan challenge on Diamond as the striker pulled the trigger inside the area. The loose ball fell kindly to Orsi, whose rasping drive cannoned back into play off the upright.

Back came the Owls and Mark Oxley dashed off his line to halt Sow in his tracks before the last action of an entertaining first half saw Wildsmith twice keep Town at bay. 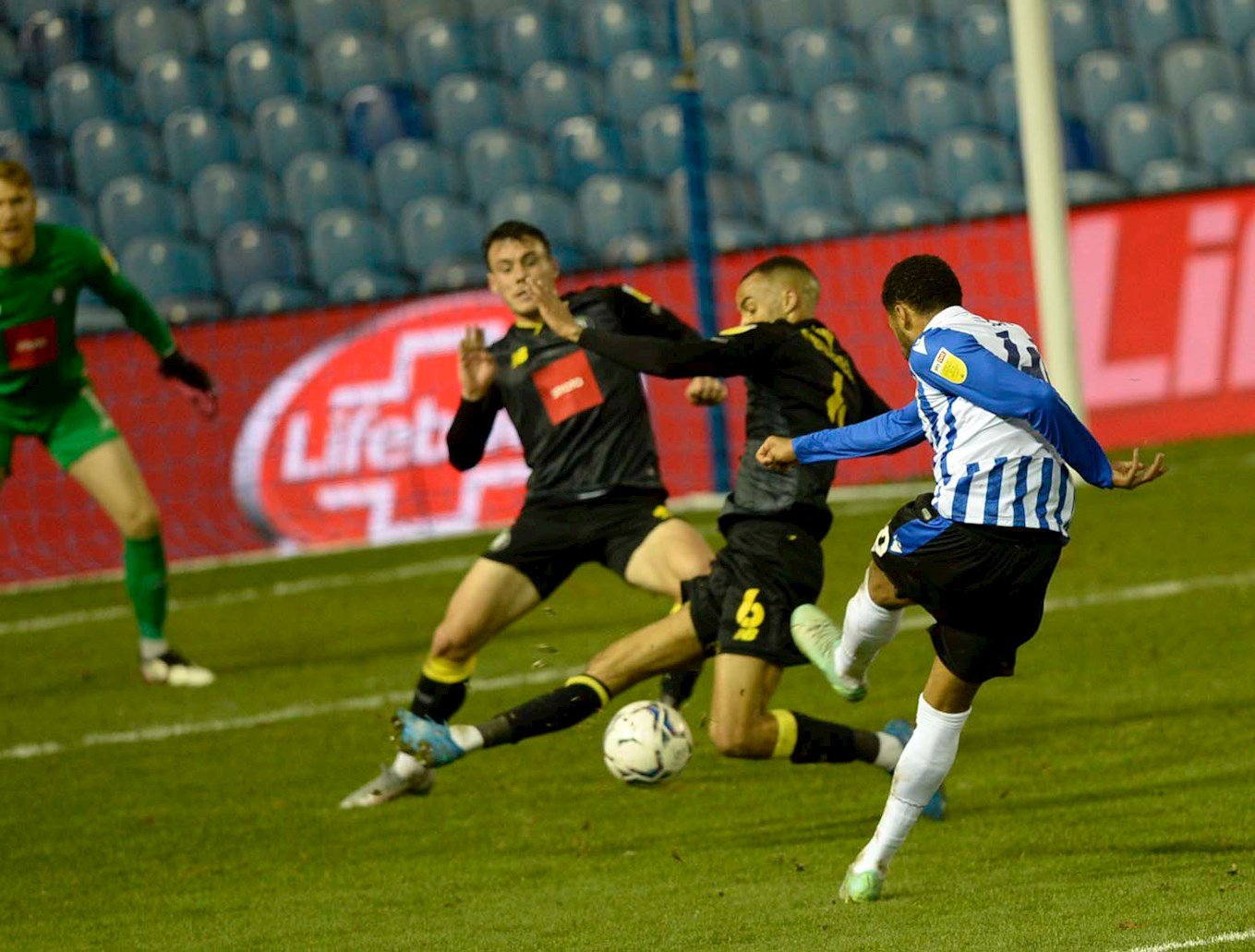 First, substitute Aaron Martin was denied from 10 yards on the angle and the best was yet to come as Wildsmith sprung to his right and palmed Alex Pattison’s shot round the post.

Harrogate came flying out of the traps for the second half and Diamond warmed the gloves of Wildsmith after finding room inside the ‘D’.

Despite their enterprise, Town fell 2-0 behind on 57 minutes. Brennan played a sweeping ball out wide to Shodipo, whose cross was expertly glanced into the corner by Byers. 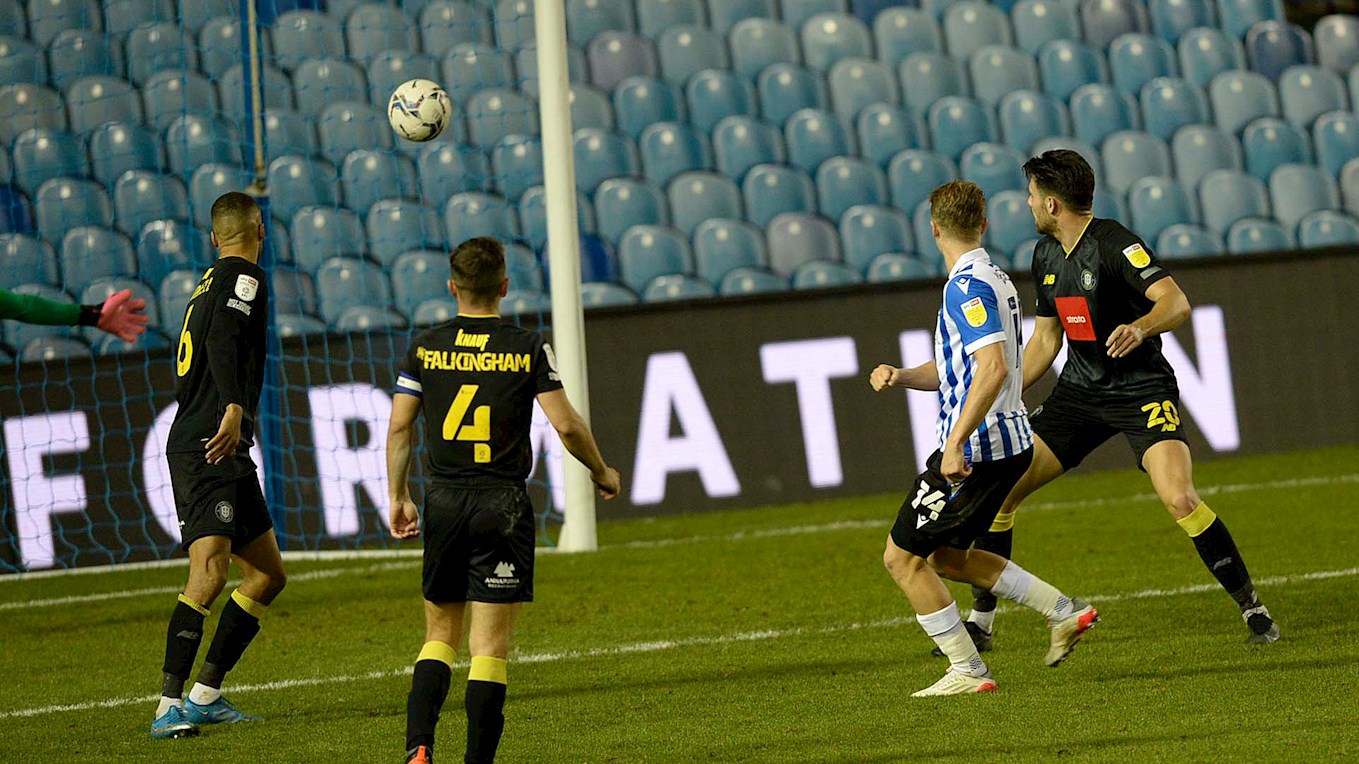 And if ever there was a night when your luck is out, the next passages of play only brought home the point to the beleaguered visitors. After Wildsmith impressively saved from Warren Burrell and Pattison when both were favourites to score, the Owls promptly swept upfield on the hour and Sow turned his man to fire across the despairing Oxley and in.

If things could hardly get worse for Harrogate, they did just that on 67 minutes. Hall clipped Adedoyin in the box when the substitute was bearing down on goal and having made no attempt to play the ball saw red as well as giving away the penalty.

Adedoyin picked himself up to send Oxley the wrong way from the spot. 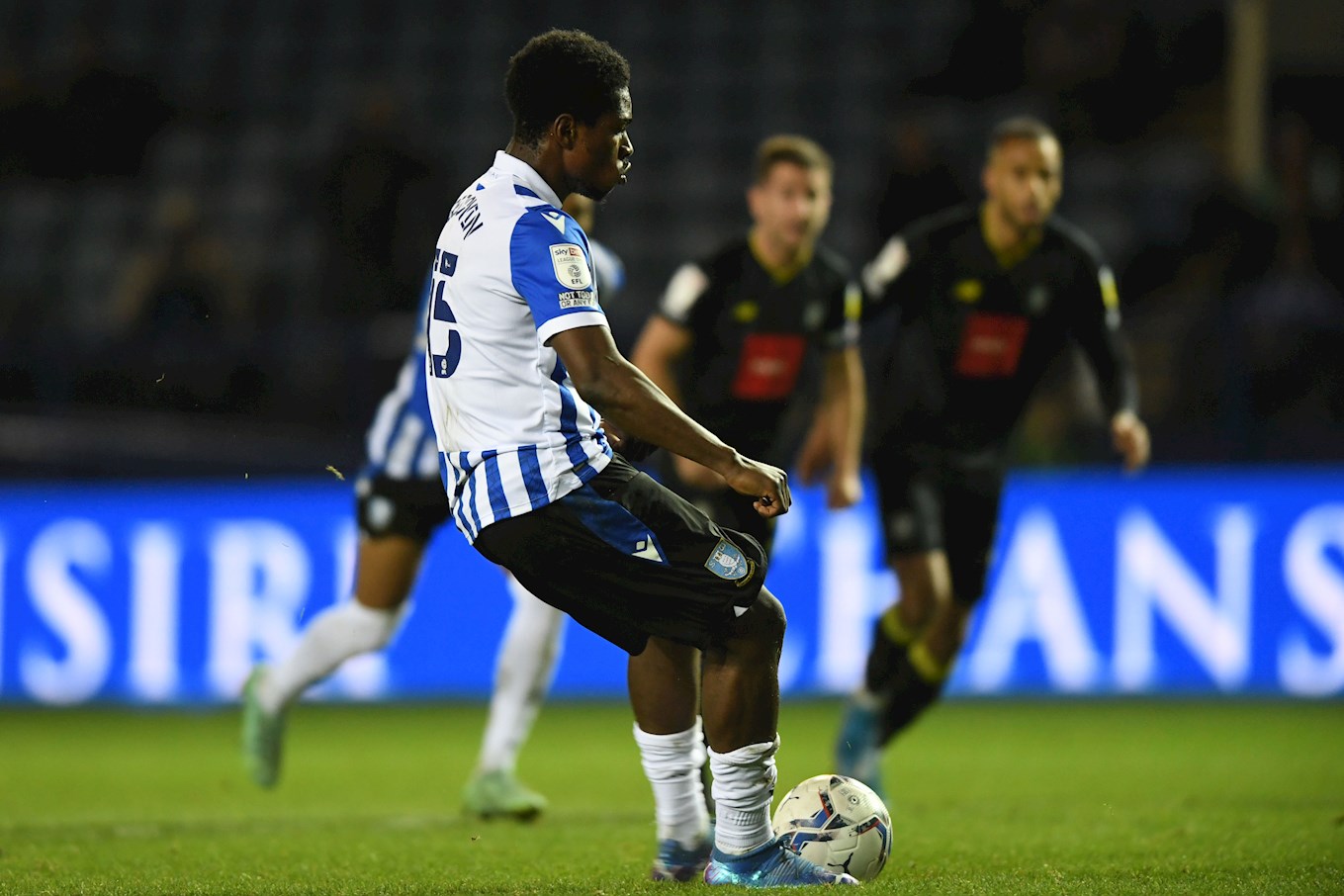 Sow might have doubled his tally after advancing one on one with Oxley and there were few arguments when the keeper came out on top.

But the earlier damage was conclusive, the Owls eased through to round two, with our opponents at Hillsborough confirmed when the draw is made live on Sky Football on Saturday afternoon.