A Max Power own goal before the break put down the roots for victory, wrapped up by Callum Paterson in the second period.

Charlie Wyke pulled one back with a late penalty but the Owls hung on to fashion a return to winning ways. 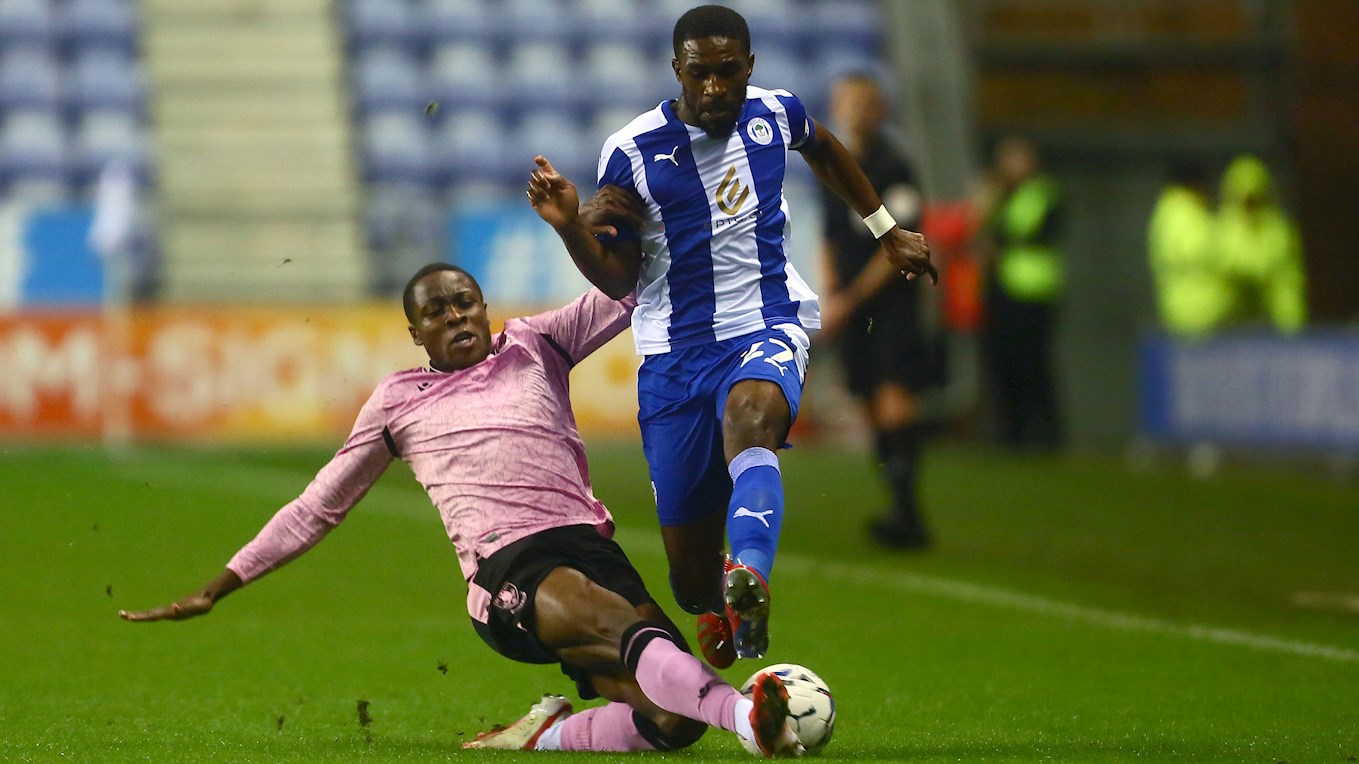 And it was no more than Wednesday deserved as they showed grit, guile and determination to bring home the points.

The hosts certainly had their moments but came up against Bailey Peacock-Farrell in top form, replicated by stellar displays all over the field.

The Owls settled well into the contest, stroking the ball through the thirds and looking comfortable in possession. 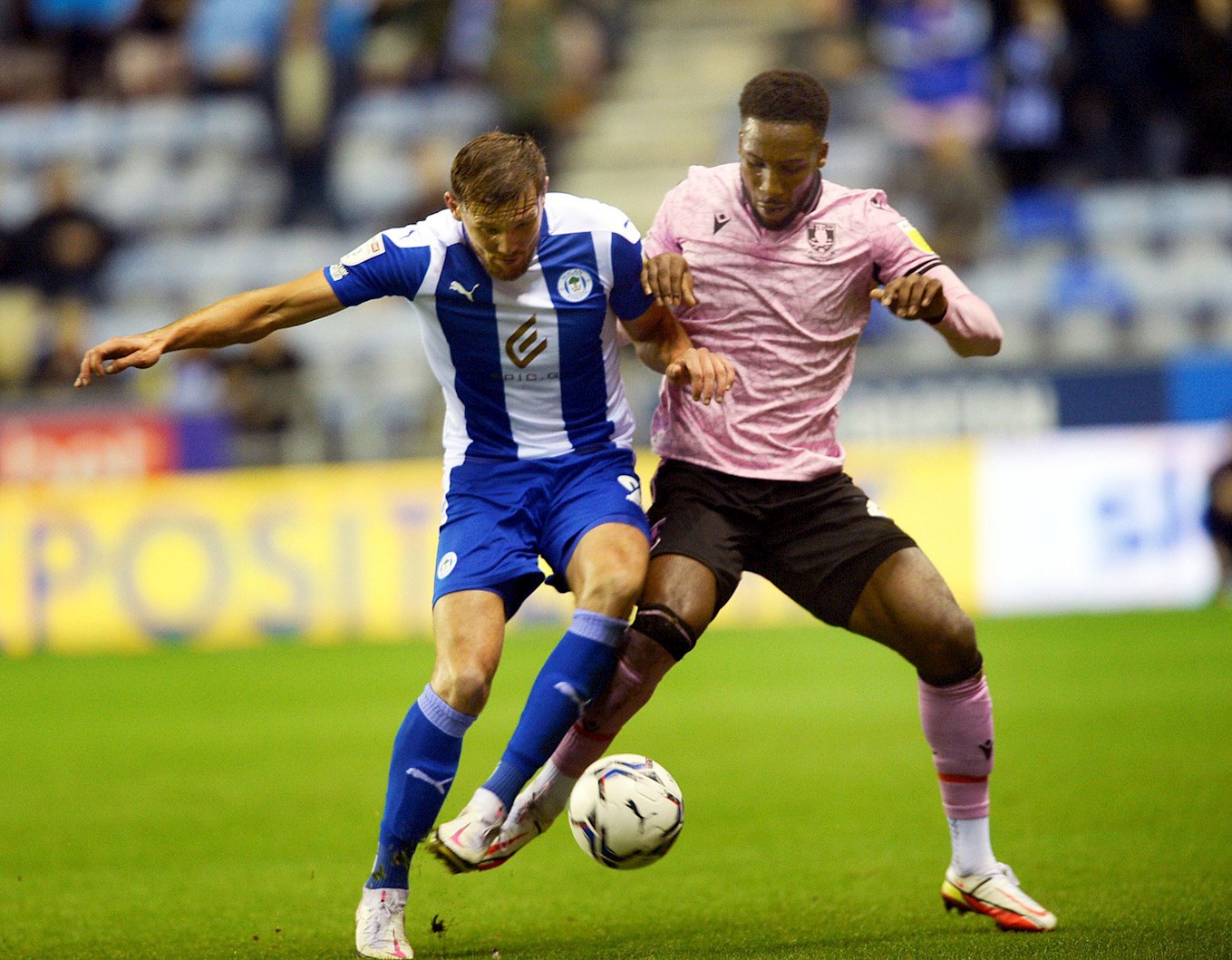 Dennis Adeniran was at the heart, causing concern in the Latics’ rearguard. One driving run had real purpose until Adeniran was halted in his tracks by Jack Whatmough, a challenge that yielded an instant yellow card.

The Owls continued to probe and got their reward on 23 minutes in the most bizarre of circumstances. Sam Hutchinson sent a sweeping diagonal cross on the angle towards the edge of the area, prompting Ben Amos to race off his line.

Power, though, took matters into his own hands and nodded back to where he assumed the stranded Amos was positioned but both were helpless as the ball rolled agonisingly over the line. 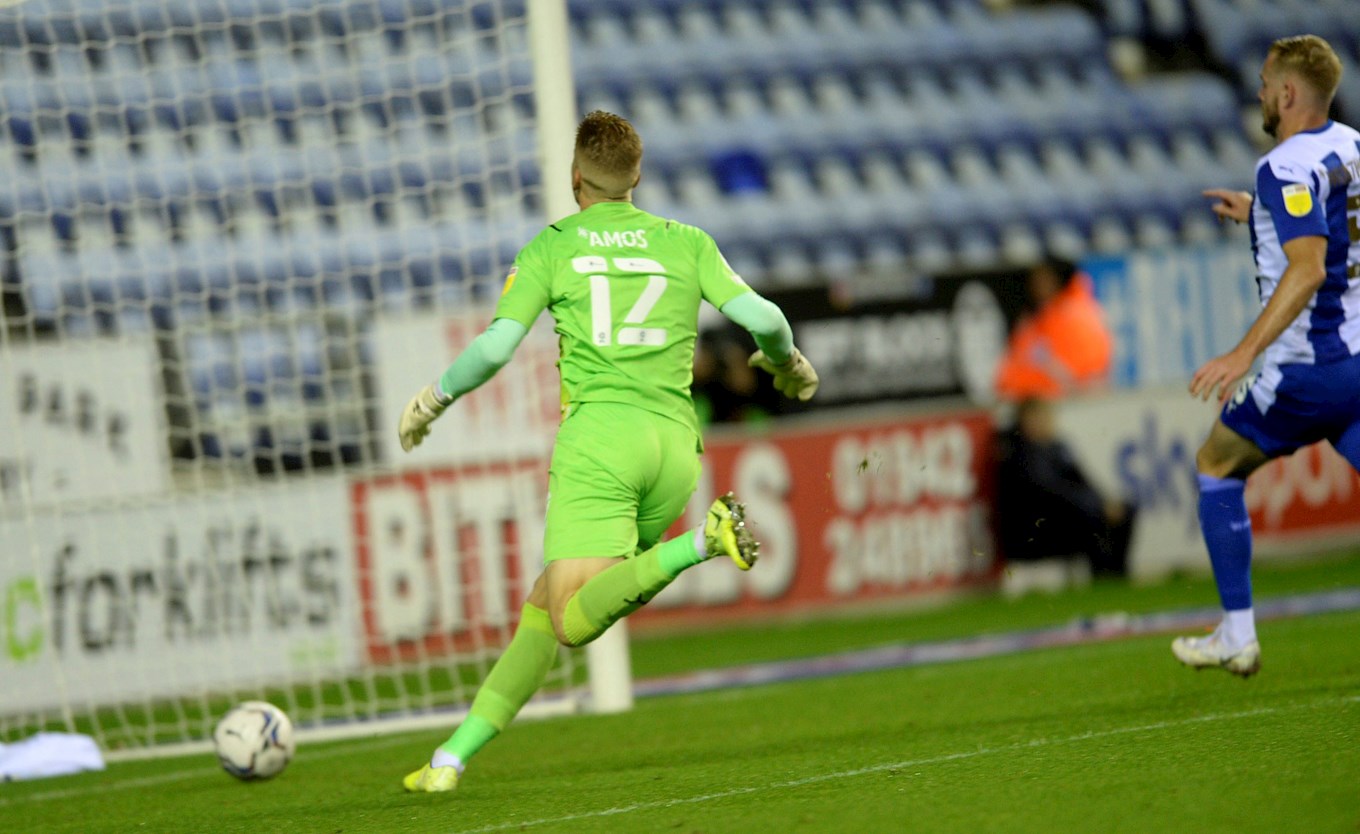 The stunned hosts immediately regrouped and created a golden opportunity to get right back in the game.

Wyke delivered an inviting feed from the flank and ex-Owls loanee Will Keane was odds on to head home from close range. But Peacock-Farrell had other ideas and sprang to his left to parry and keep his side in the lead.

Amos was then alert at the other end, diving low to beat away a Paterson improvised volley but back came Wigan and again Peacock-Farrell shone, this time acrobatically getting fingertips on Keane’s effort from range. 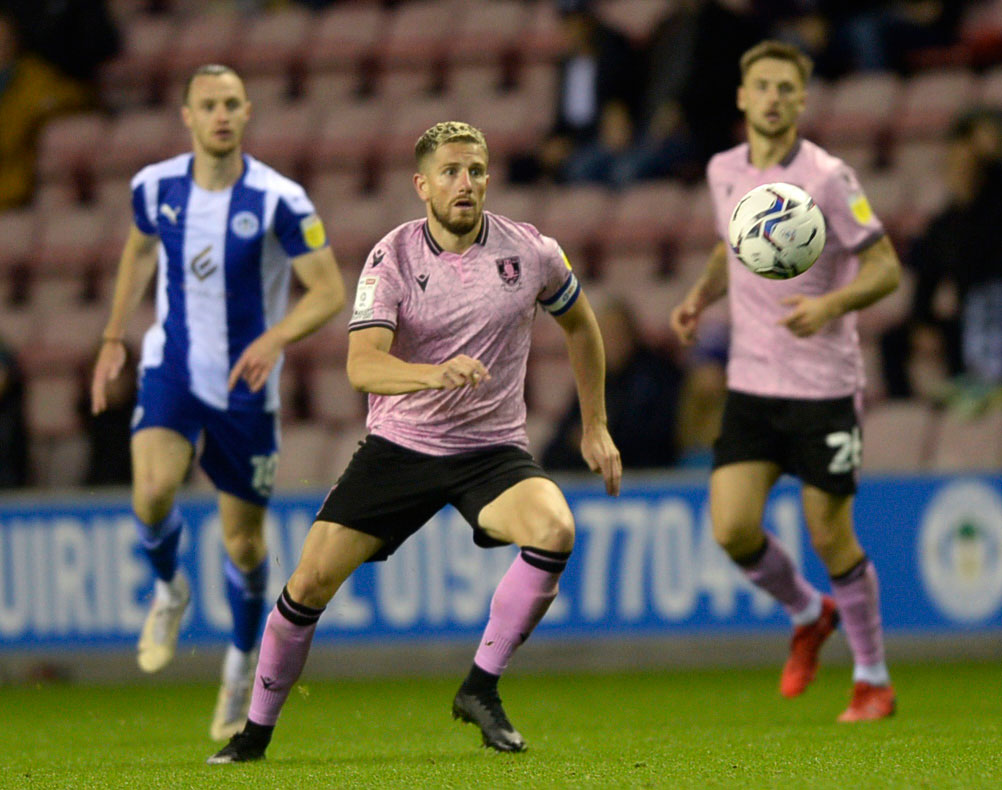 A pulsating first half came to an end and both sides kept up the frantic pace at the start of the second.

Keane brushed the top of the net from Power’s corner before Lee Gregory was a whisker away from doubling the lead with a fierce snapshot that cannoned off the crossbar. 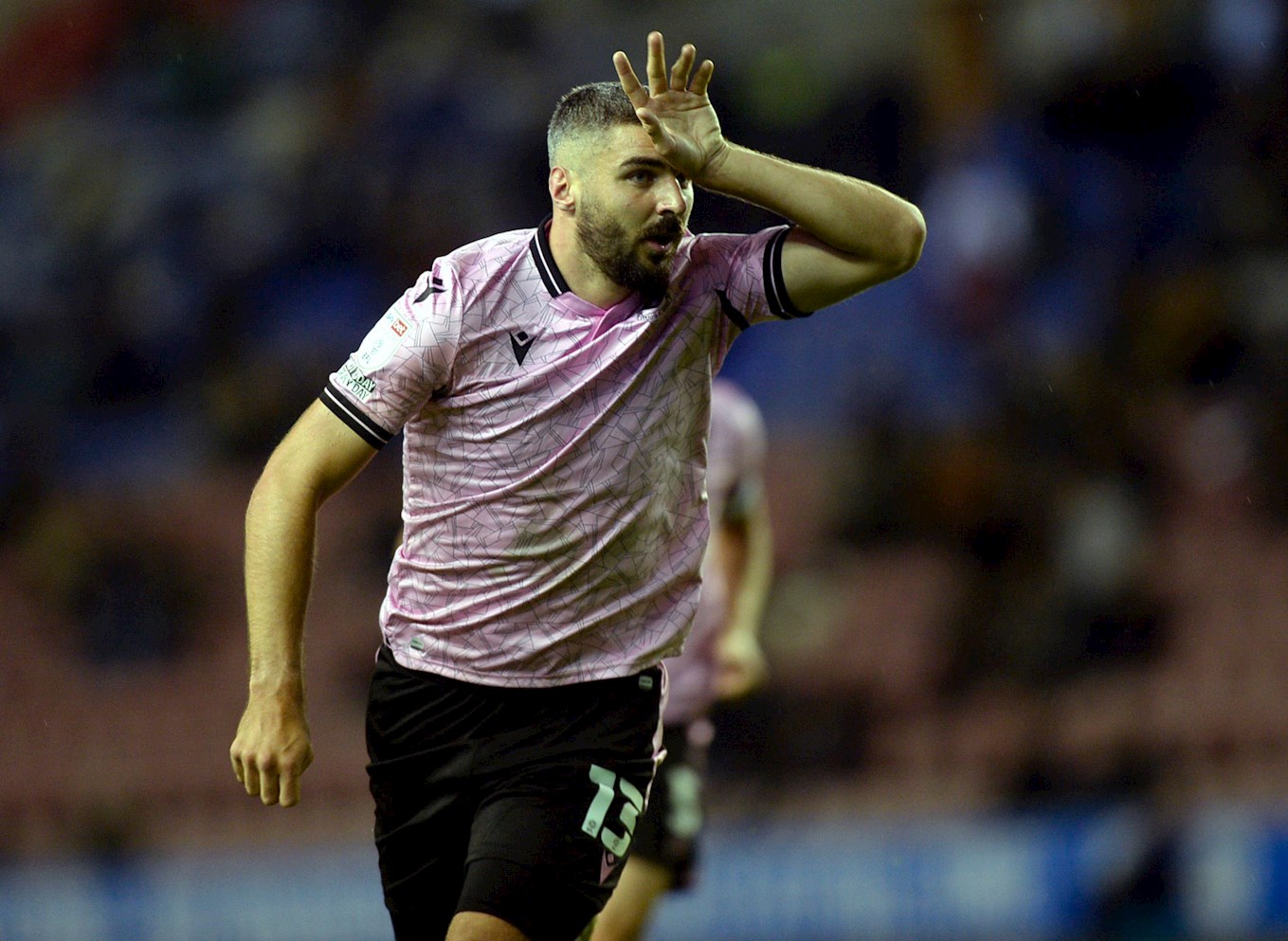 The impressive Gregory refused to give up on a long ball heading out of play and nipped in front of Power before looking up to find Paterson, whose finish from 12 yards was emphatic.

The Latics were down but not out, as evidenced on 67 minutes when Wyke collected a delightful through-ball from Tom Naylor to advance on goal only to find Peacock-Farrell standing firm to deflect the danger.

But Wigan did find a way through from the spot with nine minutes to go. Marvin Johnson was adjudged to have fouled Wyke in the box and the latter rose to smash down the centre to halve the arrears. 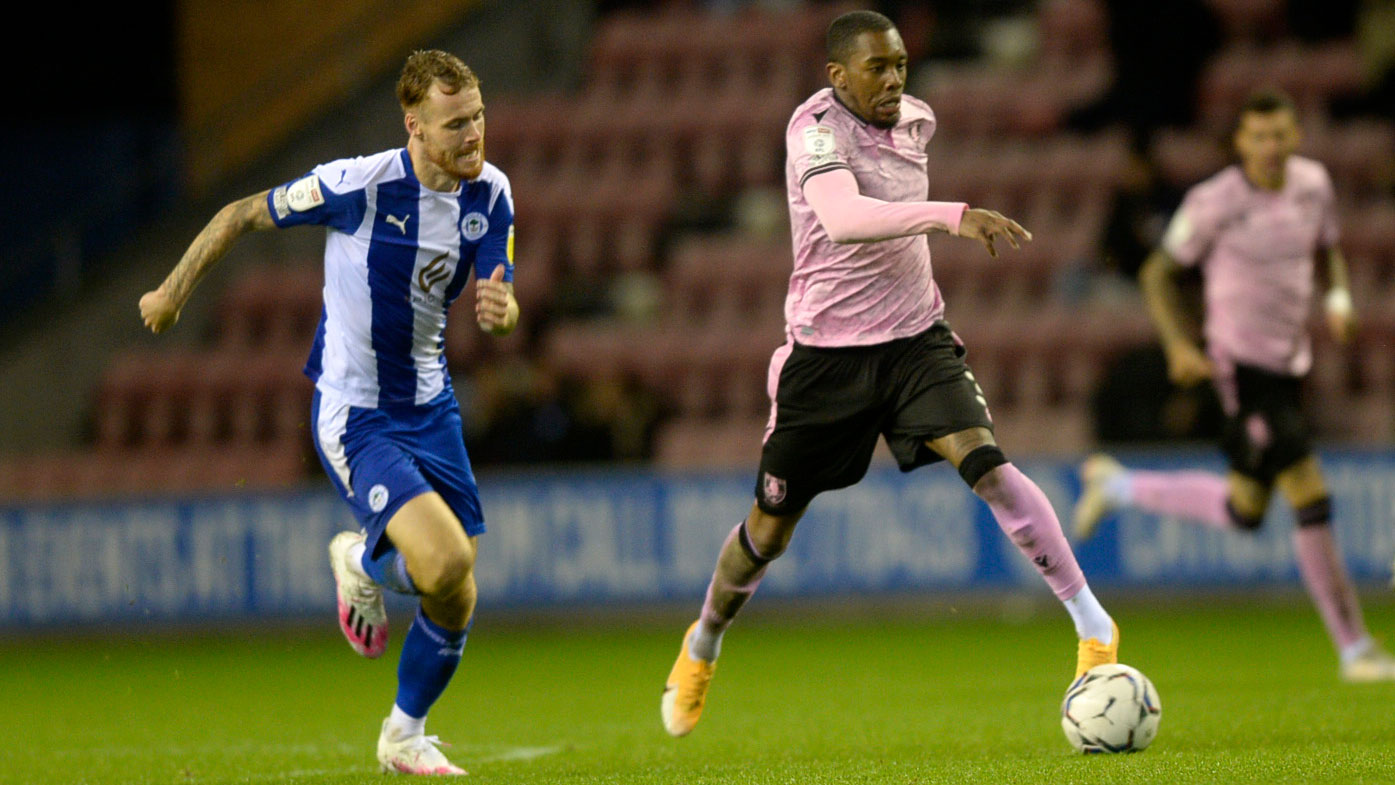 Still there was time for more drama as Gregory was presented with a gilt-edged chance to put a thrilling clash to bed but Amos denied the striker with a stunning save.

Peacock-Farrell scooped a Keane header from the top corner and that proved the last of the action from a thrilling night in Lancashire.