Under the banner of ‘Love Football. Protect The Game’ the FA, Premier League and EFL have together introduced new measures and stronger sanctions across the game to tackle the increased anti-social and criminal behaviours recently seen within football grounds and underline the importance of a safe matchday environment.

The new set of actions, implemented across all English football leagues from the start of the 2022/23 season and backed by the Football Supporters’ Association, targets activity such as entering the pitch without permission, carrying or using smoke bombs or pyrotechnics and throwing objects - as well as drug use and discriminatory behaviour.

These acts are dangerous, illegal and have severe consequences. They have no place in football, or anywhere.

All identified offenders will be reported by clubs to the police and prosecution could result in a permanent criminal record, which may affect their employment and education, and could result in a prison sentence. The FA will also be enforcing a tougher charging and sanctioning policy for clubs, which will reinforce these measures.

Furthermore, anyone who enters the pitch and those identified carrying or using pyrotechnics or smoke bombs will now receive an automatic club ban. These bans could also be extended to accompanying parents or guardians of children who take part in these activities.

The safety of everyone attending a matchday is the game’s collective priority. The behaviours carried out by some fans last season do not represent the majority of supporters and they risk ruining the fantastic experience of a football match for everyone. 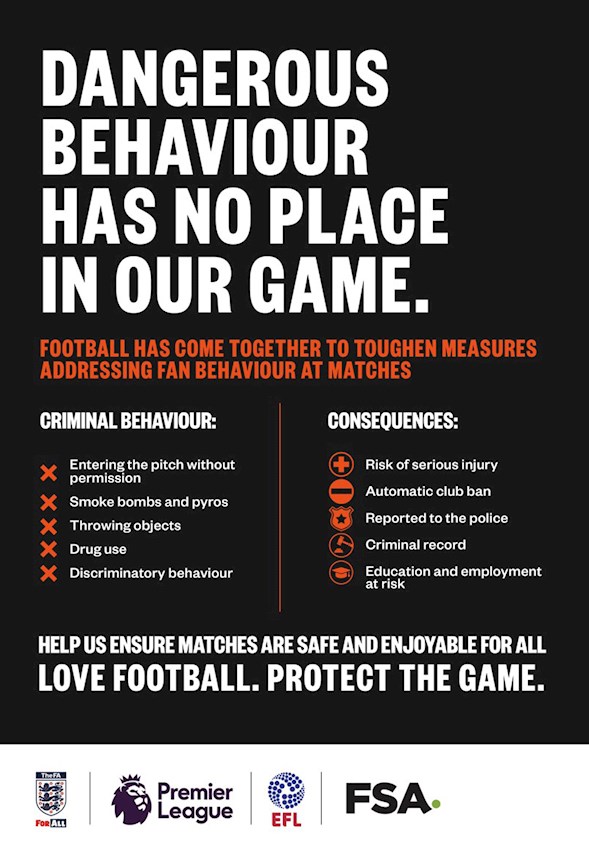 Our strong and collective approach reflects how seriously we all view this issue and the severity of the risks. Nobody should be intimidated or assaulted in their workplace. The pitch must remain safe for players, managers and match officials, just as the stands should be for supporters.

To further support this action, The FA, Premier League and EFL are working with police forces, the UK Football Policing Unit (UKFPU), and the Crown Prosecution Service to establish a new principle for cases relating to pyrotechnics and smoke bombs, as well as entering the pitch without permission. This will mean cooperating to achieve a prosecution in these cases will become the default response of the football authorities and criminal justice system, sending a clear and unambiguous message to all who break the law.

Other measures to be implemented include working with clubs to enhance search regimes and increased use of sniffer dogs at grounds. Clubs, players and managers, the Government, broadcasters, the police and social media platforms will all be working together in seeking to discourage the further growth or acceptance of these behaviours across English football.

This includes working with social media platforms to establish new ways of quicker removal of fan-generated videos of illegal behaviour at football matches, including violent offences and pitch invasions. It also includes asking the Government to reform regulations to restrict the supply of pyrotechnics and smoke bombs.

EFL Chief Executive Trevor Birch said: “New measures have been introduced and sanctions implemented that will serve to remind everyone attending games - but particularly the minority of people behaving in an offensive manner - that there are real life consequences for the criminal, dangerous and irresponsible conduct at football.

It is wholly appropriate that these unacceptable behaviours will now be dealt with through a combination of police action and automatic club bans. There is nothing like going to watch your team live and that is why the English professional game has taken strong collective action, to ensure the match day experience remains a safe and welcoming environment for all including fans, players, club staff and match officials.”

Football Supporters' Association Chief Executive Kevin Miles said: "We are contacted by supporters on a fairly regular basis who have been caught jumping on the pitch, or with pyro in the stands, and without exception they regret doing it.

"Whether they had positive intentions or not is irrelevant in the eyes of the law - pyro and pitch incursions are illegal, you will be prosecuted and you will be banned by your club." 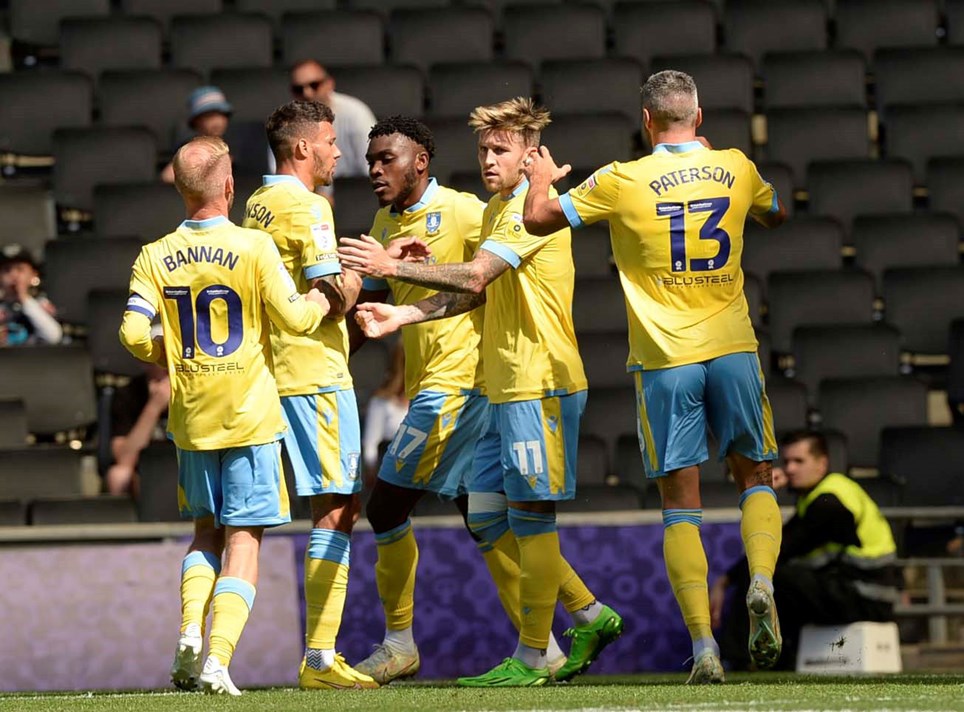 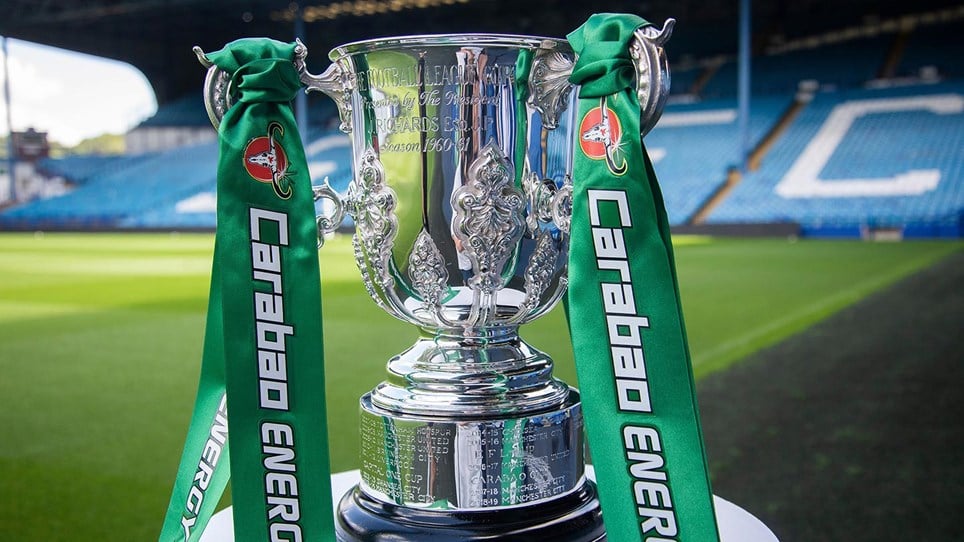 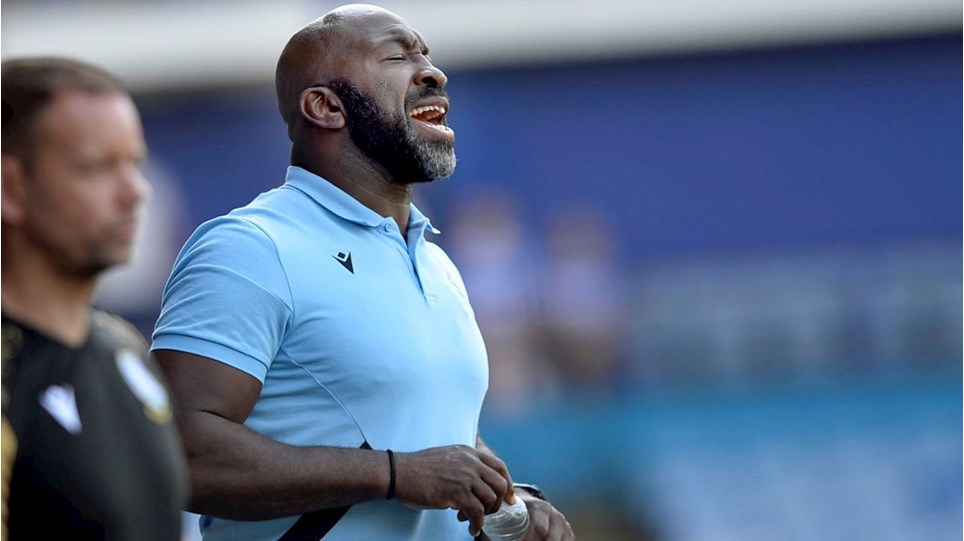