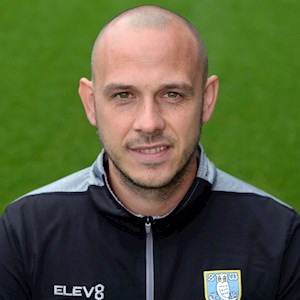 Andy, who enjoyed a 14-year career in the game, is primarily responsible for the Owls Under-18s.

During his playing career, Holdsworth made over 200 appearances for Huddersfield between 2003-2009, having risen through the academy ranks with the Terriers.

Before heading to Hillsborough, Holdsworth worked previously for six years as a coach at Barnsley.

Andy also has a degree in Sport and Exercise Science, is a UEFA A Licence Coach and has the FA Advanced Youth Award.