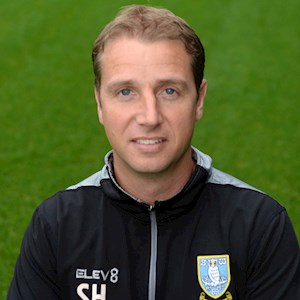 Steven began his long association with the club as a nine-year-old and progressed through the club’s junior ranks to senior level.

The defender captained England youth sides at various age groups and is a graduate of the FA National School of Excellence.

He made his Premier League debut for the Owls in May 1999 against Liverpool and went on to make 171 appearances for the club he supported as a boy.

During a 16-year professional career, Haslam made over 400 first team appearances before retiring in the summer of 2012.

A UEFA Pro Licence coach, Haslam has also achieved a First Class honours degree in Business and Management and has successfully completed the LMA/PFA Certificate in Applied Management for Football.

Steven re-joined the Owls in a full time coaching capacity in July 2013 as the Academy’s Lead Professional Development Phase (Under-18) coach and also served as the Academy’s Head of Coaching before being promoted to the role of Academy Manager in June 2017.