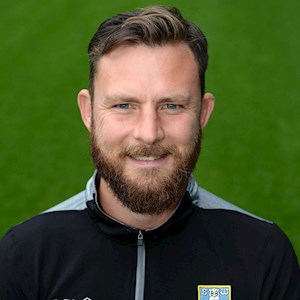 Tommy joined the Owls in August 2018 to take up the role of Head of Academy Goalkeeping following Nicky Weaver's step up to first team duties.

Lee began his playing career at Manchester United, where he progressed through the Reds' academy system before signing a professional contract with the club at the age of 18.

Having never made a first team appearance for United, Tommy left Old Trafford and signed a two-year deal with Macclesfield Town.

The goalkeeper played over 70 games for the Silkmen and enjoyed a successful loan spell at Rochdale, resulting in a League 2 play-off final at Wembley.

On his departure from The Moss Rose, Tommy signed for Chesterfield where he spent ten seasons and played over 350 games for the Spireites, winning two League 2 titles, a Football League Trophy and narrowly missing out on promotion to the Championship via the League 1 play-offs.

Following a year on the sidelines with a persistent shoulder injury and a number of unsuccessful attempts to return to first team football, the 32-year-old was forced to hang up the gloves in October 2017 before taking up his current role at Middlewood Road.