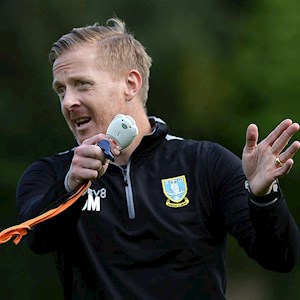 Sheffield Wednesday announced the appointment of Garry Monk as the club’s new manager in September 2019.

Monk arrived at Hillsborough with a wealth of experience in the top two tiers having led Swansea in the Premier League and Championship sides Leeds, Middlesbrough and Birmingham - with over 200 games as a manager under the belt.

The Bedford product started out at Torquay as a trainee central defender before leaving for Southampton, where he enjoyed five loan spells – including one at Wednesday, making 15 appearances for the Owls during the 2002/03 campaign.

It was at Swansea, though, where he would go on to make a real name for himself on both sides of the white line.

Monk played in all fours tiers of English football for the Swans - with the majority of that decade-long stint as skipper - as the Welsh outfit motored from the Fourth Division all the way to the Premier League.

In February 2014, the 40-year-old was appointed interim player/manager at the Liberty Stadium and went on to secure the post permanently after impressing in the hot seat.

Monk led Swansea in the Europa League and also landed the Premier League Manager of the Month award in August 2014 during his time at the helm. He eventually departed the club in December 2015, ending a 12-year association with Swansea, landing at Leeds six months later. Monk took the Whites to within a whisker of reaching the play-offs, missing out on the final day to Fulham.

The Owls’ new chief resigned his position at Elland Road and was appointed as Middlesbrough manager in June 2017, where it proved a short-lived stint on Teesside as he surprisingly departed after a victory - ironically at Hillsborough - just before Christmas.

St Andrew’s was Monk’s next port of call in March last year and he immediately steered the relegation-threatened Blues to Championship safety.

Monk guided Birmingham into the top ten the next campaign before a nine-point deduction thwarted the club’s play-off ambitions and Monk left the Midlands at the end of the 2018/19 season.