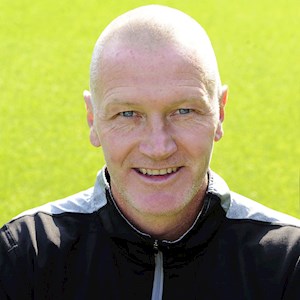 Upon Stuart Gray stepping up into the Hillsborough hotseat in December 2013, Lee was elevated to first team duty.

He began his playing career at Dunfermline before journeying overseas in 1993, where the Scot played for numerous sides in Australia, China and Greece. He later returned to Dunfermline in 2000.

The defender joined the Owls in 2004 and earned legendary status as he captained his side to League 1 play-off final success in 2005 against Hartlepool before famously featuring in all 11 positions for the club.

He left Wednesday in 2008 and joined Falkirk, where he was soon elevated to assistant manager.

Following a three-year stint with the Bairns, Lee headed back south to take up his current role at Middlewood Road.