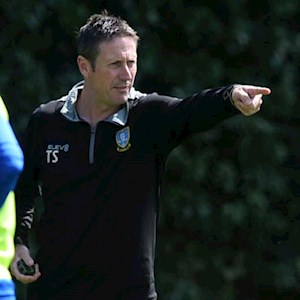 Head of sports science and medicine

Educated at Loughborough University and Liverpool John Moores, where he gained a doctorate in philosophy and physiology, Strudwick went on to work for Coventry, the FA, West Ham and Blackburn, before linking up with Sir Alex Ferguson at Manchester United.

Having also been part of England’s set-up at the 2014 World Cup, Strudwick left Old Trafford in May 2018, after 11 years of service.

He was appointed as head of performance by Wales, working under his former Manchester United colleague, Ryan Giggs and will combine his role as head of sports science and medicine at SWFC with his work on the international stage with Wales.