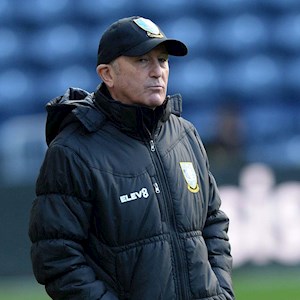 Pulis brings a wealth of experience to Hillsborough having overseen a mammoth 1,123 senior games through almost three decades in the dugout.

Prior to that, the Welshman made 326 appearances for a raft of clubs as an uncompromising defender.

With a future career on the other side of the white line in mind, Pulis earned his FA coaching badge aged just 19 and UEFA ‘A’ licence two years later.

His on-field calling spanned 17 years before a player/coach role with Bournemouth, where he would become number two to Harry Redknapp, moving into the top job when Redknapp departed the Cherries.

Pulis switched to Gillingham in 1995, whom he led to an immediate promotion from League Two and the League One play-off final of 1999, which the Gills lost to Manchester City on penalties.

Stints at Bristol City and Portsmouth followed before two lengthy stays at Stoke, sandwiched by a brief foray to Plymouth. His first stint at the Britannia Stadium was a firefighting mission that saw the Potters survive Championship relegation on the last day of the 2002/03 season – preceded by a rebuild mission that resulted in Stoke posting promotion to the Premier League in 2008.

Despite being installed as bookies’ favourites for an immediate drop, Pulis navigated a comfortable 12th-place finish. The following season, he made history with Stoke as he guided the club to their first ever FA Cup final, where they were edged out 1-0 by Manchester City.

Pulis moved to the capital with Crystal Palace in 2013, steering the Eagles from relegation danger to their highest ever Premier League finish of 11th next time round. That impressive pedigree saw Pulis awarded the coveted Premier League Manager of the Year trophy.

West Brom was the next challenge in 2015 and a top-ten finish was achieved before trading the Midlands for Teesside in 2017. Pulis steered Middlesbrough to the play-offs in his first campaign and missed out on a second successive top-six slot the following term by just a single point.

He left the Riverside in 2019 and now takes up his 11th managerial post.