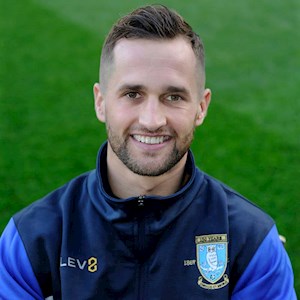 Chris is a soft tissue therapist who joined Sheffield Wednesday in August 2017.

Prior to his move to Hillsborough, Chris had previously worked for Premier League side Arsenal.

Chris graduated from The Southern School of Massage Therapy in 2007 and also built up his experience during his time at Sheffield United and Huddersfield Town.

He combines his duties with Wednesday alongside his role with the Senior Wales squad during international breaks.

Chris also played professional and semi-professional football for over a decade before taking up his vocation as a therapist, with spells at Scarborough, Halifax, Altrincham, Darlington and Alfreton.

He also scored the winning goal in the final minute of extra time for the Quakers in the 2011 FA Trophy final at Wembley.