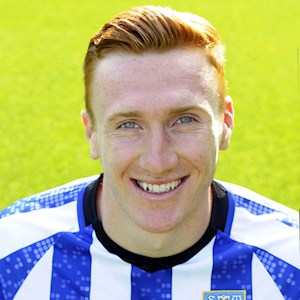 The Owls completed the season-long loan signing of central defender David Bates from Bundesliga 2 side Hamburg on deadline day in August 2019.

The 22-year-old began his career with Raith Rovers but got his first taste of senior football on loan with East Stirling, where he made 17 appearances during his maiden campaign.

Bates enjoyed a second loan spell with Brechin before returning to Rovers.

The Scot’s next move saw a switch to Bundesliga 2 with Hamburg and Bates racked up 28 appearances in his first season in Germany.