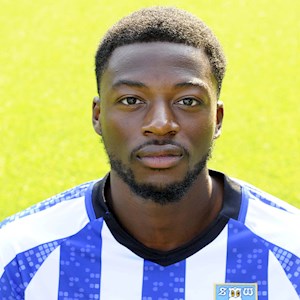 The Owls completed the permanent signing of defender Dominic Iorfa for an undisclosed fee from Premier League side Wolves in January 2019.

A product of initially Southend and then the Wolves academy, Iorfa made his professional debut on loan with Shrewsbury during the 2013/14 campaign.

The following term was the youngster’s breakthrough season, featuring over 20 times for Wolves in the Championship.

The defender spent 2017/18 on loan with Ipswich, where he scored his first professional goal in a 4-2 victory over Nottingham Forest.

He also has international experience under his belt having represented England at Under-18, Under-20 and Under-21 level.

Iorfa scored a last minute equaliser on his Owls debut against Rotherham in February 2019 before going on to make 12 appearances, scoring three goals, before the end of the season.

His first full season with the Owls in 2019/20 was certainly a success, the centre back was crowned the swfc.co.uk Supporters' Player of the Year after several solid diplays.

During his maiden campaign Iorfa made 45 appearances, scoring two goals.