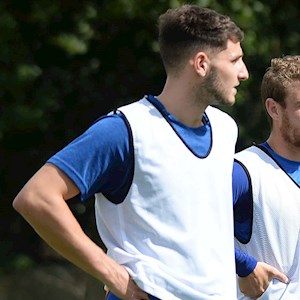 Matt Penney signed his first professional contract at Hillsborough in October 2015, having been at the club from the age of eight.

Penney has forged a fine reputation as a spectacular goalscorer and has impressively risen through the S6 ranks.

The youngster gained valuable first team experience in a loan spell at Bradford during the 2016/17 season and signed a new deal at Hillsborough in the 2017/18 campaign, committing his future to the club until summer 2019.

Penney joined Mansfield on loan in January 2018 until the end of the season and made two appearances for the Stags.

The academy product made his debut for the Owls in the 2018/19 Carabao Cup win at Sunderland and his first Championship appearance away Brentford in August 2018 - seamlessly slotting into Jos Luhukay's matchday squad.

Penney's impressive start to the 2018/19 campaign was rewarded when he was voted the Owls' Player of the Month for September.

The full back joined 2.Bundesliga side St Pauli in the summer of 2019, on loan until the end of the following campaign.