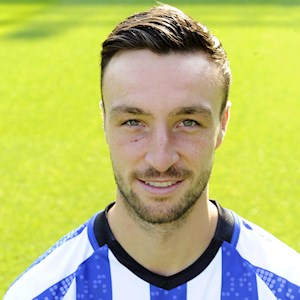 Sheffield Wednesday completed the transfer of talented left back Morgan Fox from Charlton for an undisclosed fee in January 2017.

The defender joined the Owls on a permanent deal after rising through the ranks at The Valley and spending over four years with the League One side.

In 2016/17 Fox played 30 games for Charlton before his mid-season switch to S6 where he played a further 10 games for the Owls.

He scored his first Wednesday goal in March 2017 with a header in a 5-1 victory over Norwich at Hillsborough.

Prior to his first team breakthrough with the Addicks, Fox made his senior bow in a loan spell for Notts County in November 2013, making seven appearances in total and scoring one goal for the Magpies.

Fox returned to SE7 in early 2014 and made his debut for Charlton in an FA Cup clash against the Owls at Hillsborough in February, where the Addicks prevailed 2-1 in the fifth round tie.

The academy graduate was rewarded for his strong displays with a new three-year contract at The Valley, keeping him at the club until summer 2017.

In total, Fox has made 116 appearances for Charlton.

On the international stage, the Chelmsford product has been capped by Wales at Under-21 level and received a call-up to the senior squad ahead of their Euro 2016 qualifiers against Cyprus and Israel.

On to the next one..