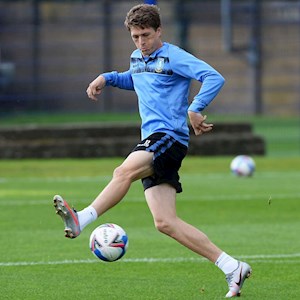 Sheffield Wednesday secured the services of Middlesbrough winger Adam Reach on a permanent deal in August 2016.

The coveted Boro product joined the Owls on deadline day after rising through the Riverside ranks and spending six years with his hometown club.

The wideman was a key part of the Owls’ first team during his maiden season, racking up 42 appearances in the 2016/17 campaign and helping the club to a place the Championship play-offs.

He scored three goals in his debut season for Wednesday, the first of which was a dramatic late equaliser in a 1-1 draw against his former club Preston at Deepdale on New Year’s Eve.

Reach made his debut for Middlesbrough in May 2011 and had an immediate impact at just 18 years of age by scoring in a 3-0 win over Doncaster.

In order to progress and gain vital first team experience, the youngster made the short hop to fifth tier outfit Darlington for a month-long loan, which saw Reach make five appearances and score one goal.

The 2012/13 campaign proved somewhat of a breakthrough season for the local lad, who made 20 appearances for Middlesbrough and scored on his full home debut – a 25-yard stunner in a 3-2 win over Burnley.

Reach spent almost the entire 2013/14 term out on loan impressing with League One sides Shrewsbury and Bradford. Combined, the winger played 45 times during that season and scored six goals.

During the 14/15 campaign – a season that saw Reach feature 46 times - Middlesbrough went agonisingly close to promotion via the play-offs, though missed out in the final to Norwich.

In one of Reach’s final Boro appearances in August 2015, the winger scored in the 3-1 victory over the Owls at Hillsborough.

Two weeks later, he moved on loan to Championship rivals Preston where his stock continued to rise, with 36 appearances and four goals.

Reach has now played over 100 games for the Owls, becoming a fans' favourite with his consistent performances at Hillsborough.

The midfielder scored a number of stunning goals in 2018/19, netting nine goals in 47 appearances in a brilliant campaign for the former Middlesbrough man.