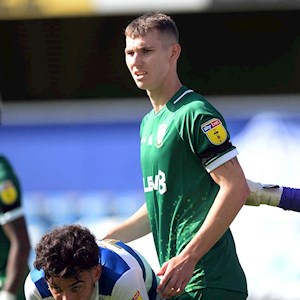 Liam Shaw is a dynamic central midfield player who has been with the Academy since the age of eight.

A boyhood Wednesday fan, Liam is an athletic box to box midfielder with an eye for a goal and good technical ability.

His first experience of senior football came during a short-term loan with Chesterfield in November 2019, where the youngster made four appearances.

Shaw made his first team debut in July 2020 in the Owls' 3-0 win away QPR, coming on as a second half substitute.

His first Wednesday start came just 11 days later on the final day of the season against Middlesbrough, with Shaw putting in an impressive performance on his Hillsborough debut.