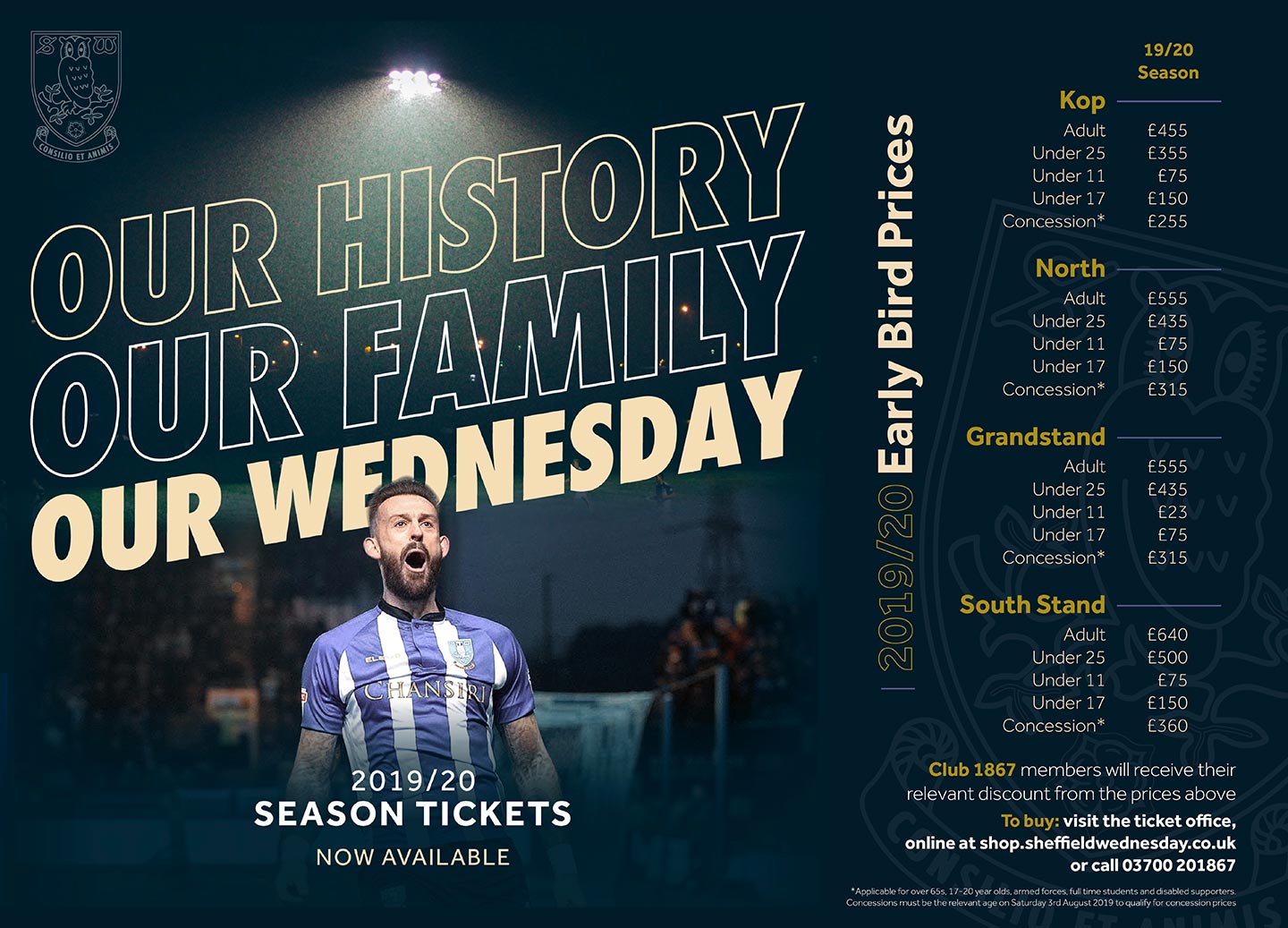 The Owls are delighted to announce that 2019/20 Early Bird Season Tickets are on sale now with prices frozen for the third successive term.

Adult tickets on the Kop remain under £20 per game at £455 to guarantee your seat at Hillsborough as Steve Bruce looks forward to his first full season in charge.

We are pleased to continue our commitment to the next generation of Wednesdayites, with junior under 11s paying £75 for the whole season while under 17s are priced at only £150.

Under 11s in the Family Grandstand benefit from fantastic savings, with Season Tickets set at just £23 – or a pound a game for the complete campaign.

The Early Bird phase is open now until Monday 1 April (5.00pm in store and midnight online) and represents the only sale period before the end of the current season.

Season Tickets will then go back on sale over the summer at an increased price on a priority basis.

Supporters who took advantage of the Club 1867 membership scheme will automatically receive their discount based on the length of time purchased at the basket stage. Fans who committed for  five years can see every game on the Kop for just £16.81 per game.

Remember, other than the Multi-Year Season Ticket, purchasing an Early Bird Season Ticket is the cheapest possible way to see every league game at Hillsborough in 2019/20!

Supporters once more have the chance to spread the cost of their 2019/20 Early Bird Season Ticket over six or 10 months with our finance partner V12 retail finance.

An arrangement fee is included for each option which is taken out of the first payment. Interest rates are 6.25% for the six-month option and 6.5% for the 10-month option.

Early Bird Season Tickets for the 2019/20 campaign are on sale in person from the Ticket Office, at the Sheffield Wednesday Online Shop or by telephone on 03700 201867.