With the Sheffield Wednesday Ladies North East Regional Premier League season having been curtailed, it seemed unlikely that the Ladies’ first team would be involved in any further football this term.

However, with no relegation or promotion and football not due to resume until next season, the league have formed a subsidiary and regionalised League Cup.

Consequently, the Wednesday Ladies will enter the competition as outlined below: 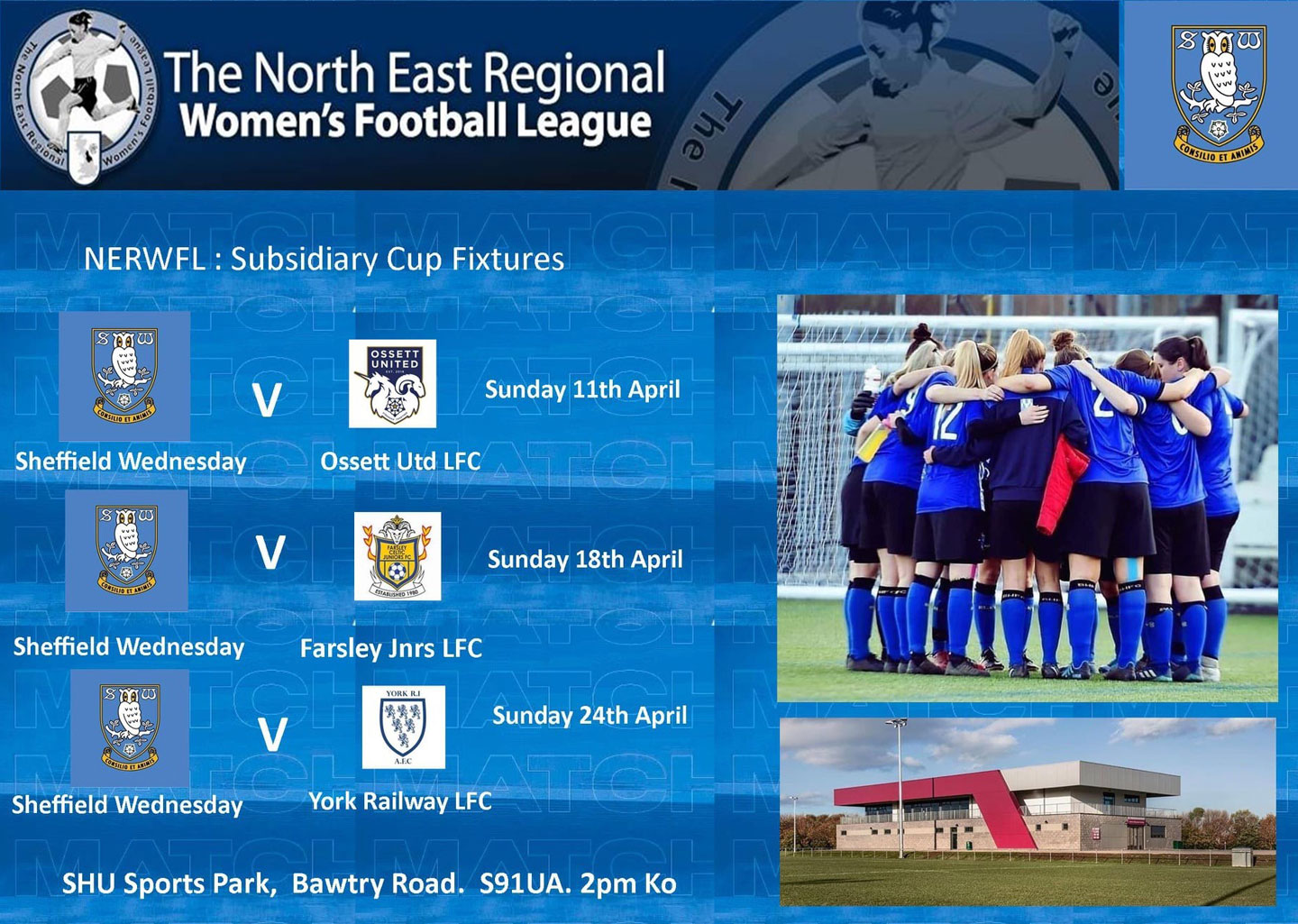 Manager Dave Higgins said: “It was obviously important for the health and wellbeing of all players that football had to be looked at from a COVID-19 safe perspective but I speak for myself and our players when I say that we were gutted that the season for the second time had been brought to an abrupt end.

“Last season we were fortunate to be moved up to the Premier Division after leading the Southern League by six points and were relishing the chance to pit ourselves against higher level opposition.

“The season had started with great performances and although results had not always gone our way we certainly were not out of place at that level.

“The chance to get back out playing with the league putting the cup competition in place is fantastic and training has been very encouraging across all our three senior teams and eight junior teams over the last 10 days.

“We have been drawn at home for our first three group stage games, although we are playing with a strict FA ‘no spectators’ guidance but we hope that may change in the coming weeks.

“In addition, our local Sheffield & Hallamshire Women and Girls league were the first to have formulated a cup competition that involves our senior reserve and development teams as well as all our junior teams so the club have plenty of football to look forward to throughout April and May."